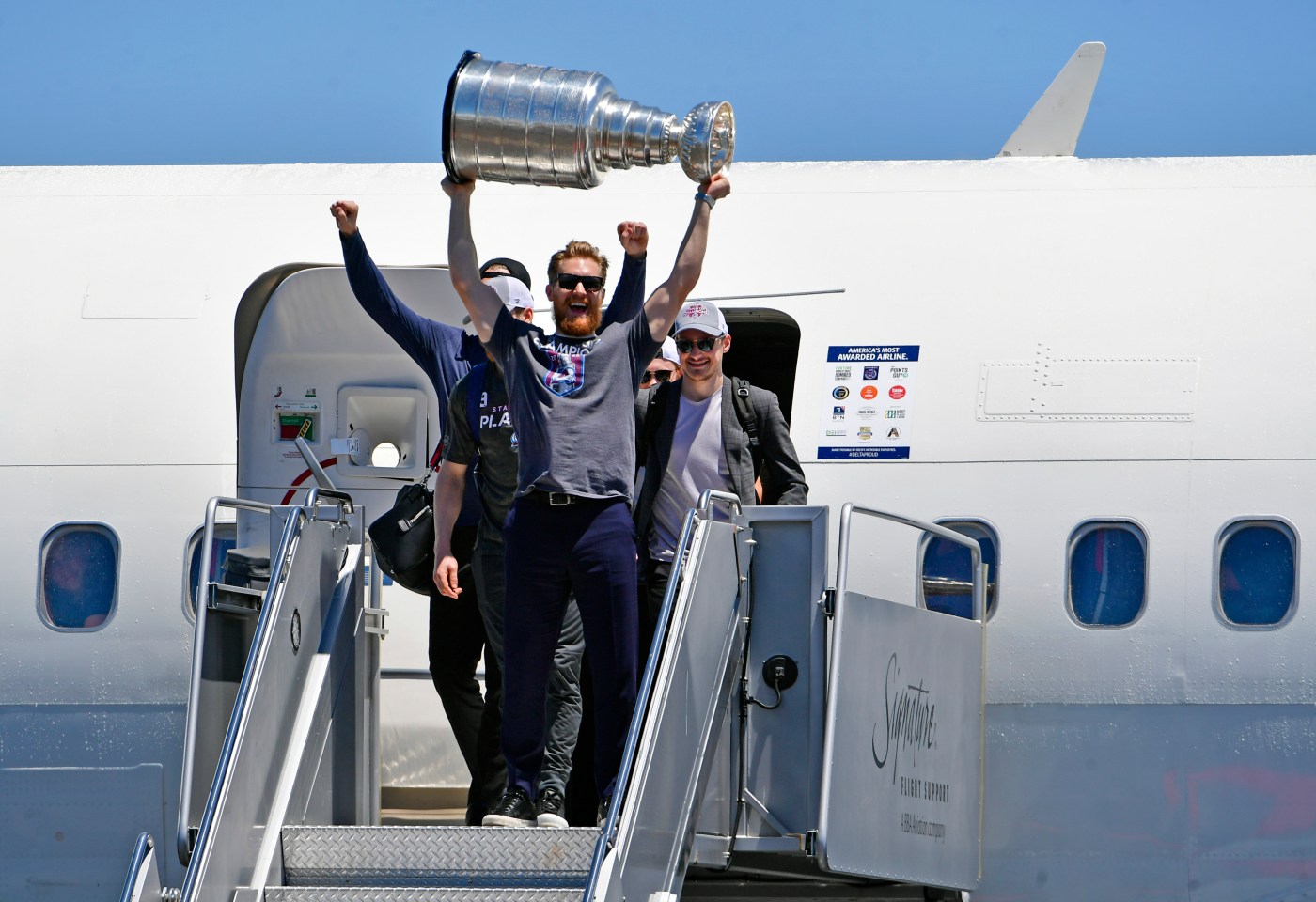 Say it ain’t so: The Colorado Avalanche won its first Stanley Cup in 21 years over the weekend, and on Monday got a congratulations from punk rock band Blink-182 on Twitter.

For the uninitiated, it might seem like the virtual congrats is coming from an unlikely source. But the band’s 1999 hit “All the Small Things” has become the unofficial anthem for Avs home games. Take a listen:

Congrats to the @Avalanche on their Stanley Cup victory 🏆🏒🥅🏒🥅🏒🥅 pic.twitter.com/QG45JH1cYH

Avs game-night DJ Craig Turney, aka DJ Triple T, told ESPN that he was listening to a local radio station’s “Throwback Thursday” segment when he was reminded of the song and decided to add it to the third period’s sonic rotation.

“They just loved it,” Turney said of fans in an interview with NHL.com. “It was organic. It wasn’t staged. Everyone was into it and it was like, ‘Wow, OK, I think we’re really on to something here.’”

Since Blink-182 tweeted its congratulations, locals have been begging the band to attend the Stanley Cup parade, which marches from Denver’s Union Station to Civic Center park on Thursday morning. So far, band members haven’t hinted whether or not they’ll be there; we’ve inquired with their publicity company to see if they’re considering it. (No word yet.)

Blink 182 will forever be royalty in Colorado when they show up on Thursday.

It wouldn’t be the first time they did something special for the Avalanche. According to ESPN, bassist Mark Hoppus once filmed an intro that played ahead of the song at a home game.