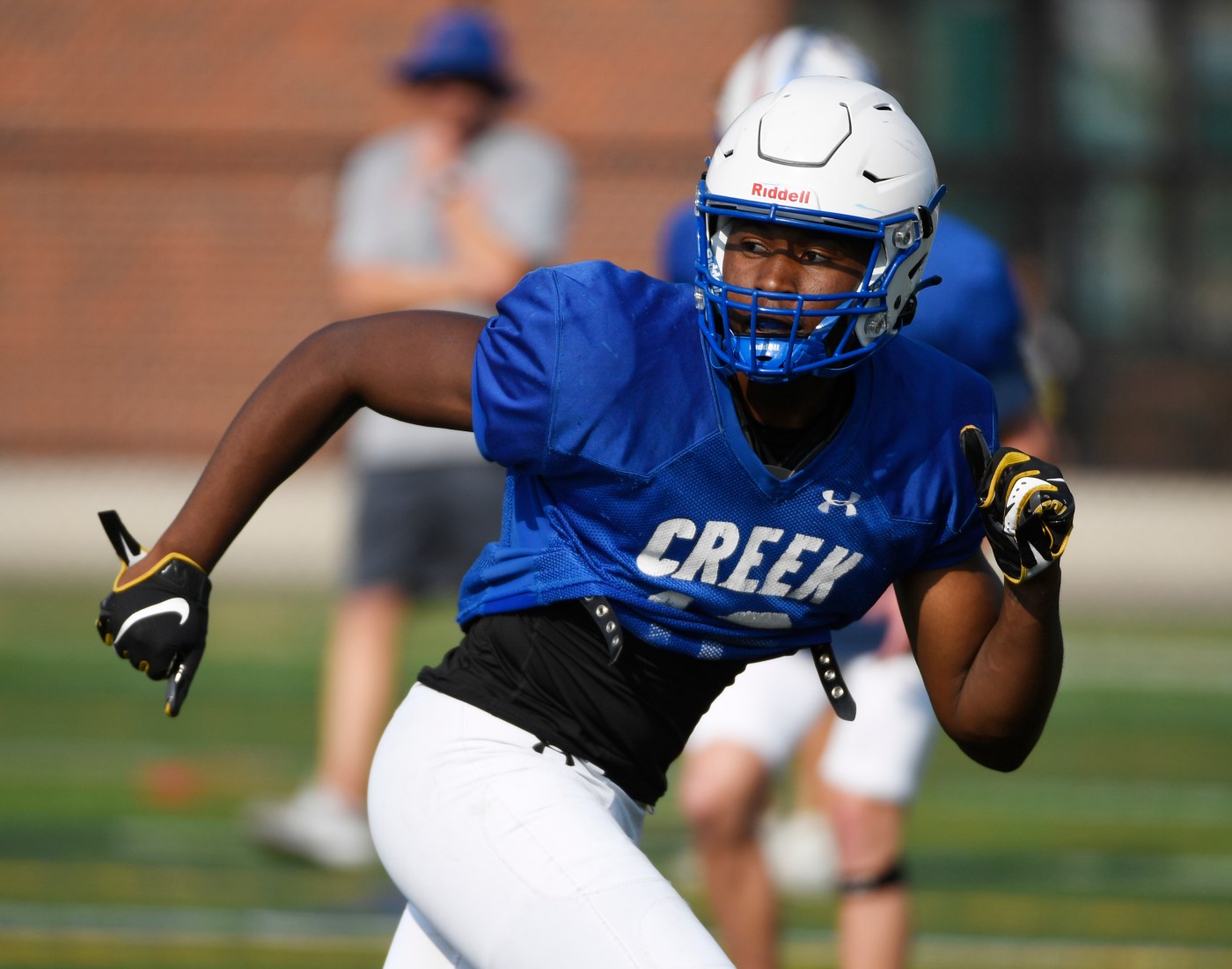 Blake Purchase, Colorado’s No. 1 football prospect in the class of 2023, is bound for Oregon.

Purchase, the senior outside linebacker and edge rusher at Cherry Creek, announced his collegiate choice on Tuesday evening via a news conference screened live at 247Sports.com.

The Bruins senior, who was rated as a 4-star recruit by 247’s composite rankings and the No. 34 edge-rushing prospect in his class, selected the Ducks over Notre Dame, Iowa State, Washington and CU.

As is standard for most televised college commitment announcements, Purchase made his announcement with hats of his final five school choices on the table in front of him — Notre Dame, CU, Washington, Oregon and Iowa State — before he reached for the Ducks hat and put it on his head.

“(What I’m looking for) really is where the edge rusher is a big thing in their defensive scheme,” Purchase told The Denver Post last month when asked about his criteria.

Purchase made official visits to Iowa State — where older brother Myles is a sophomore defensive back — as well as to Oregon, Washington and Cal.

He told The Post that picking a school where he felt he would be most likely to remain for his entire undergraduate eligibility — despite the freedoms provided by the transfer portal — was among his top remaining benchmarks.

“My biggest fear in the whole recruiting process, and it still could absolutely happen, is de-committing,” Purchase continued.

“And I felt the earlier I committed, the greater likelihood you’re flipping to a different college (later). That’s my biggest fear, is just de-committing. That’s why, when (I) give my school my word, I want to stay true to that.”

As a junior, Purchase recorded 12 sacks and 18 tackles for losses in helping to lead Creek to a third straight state title last fall.

This is a developing story. Please check back to www.DenverPost.com for updates.