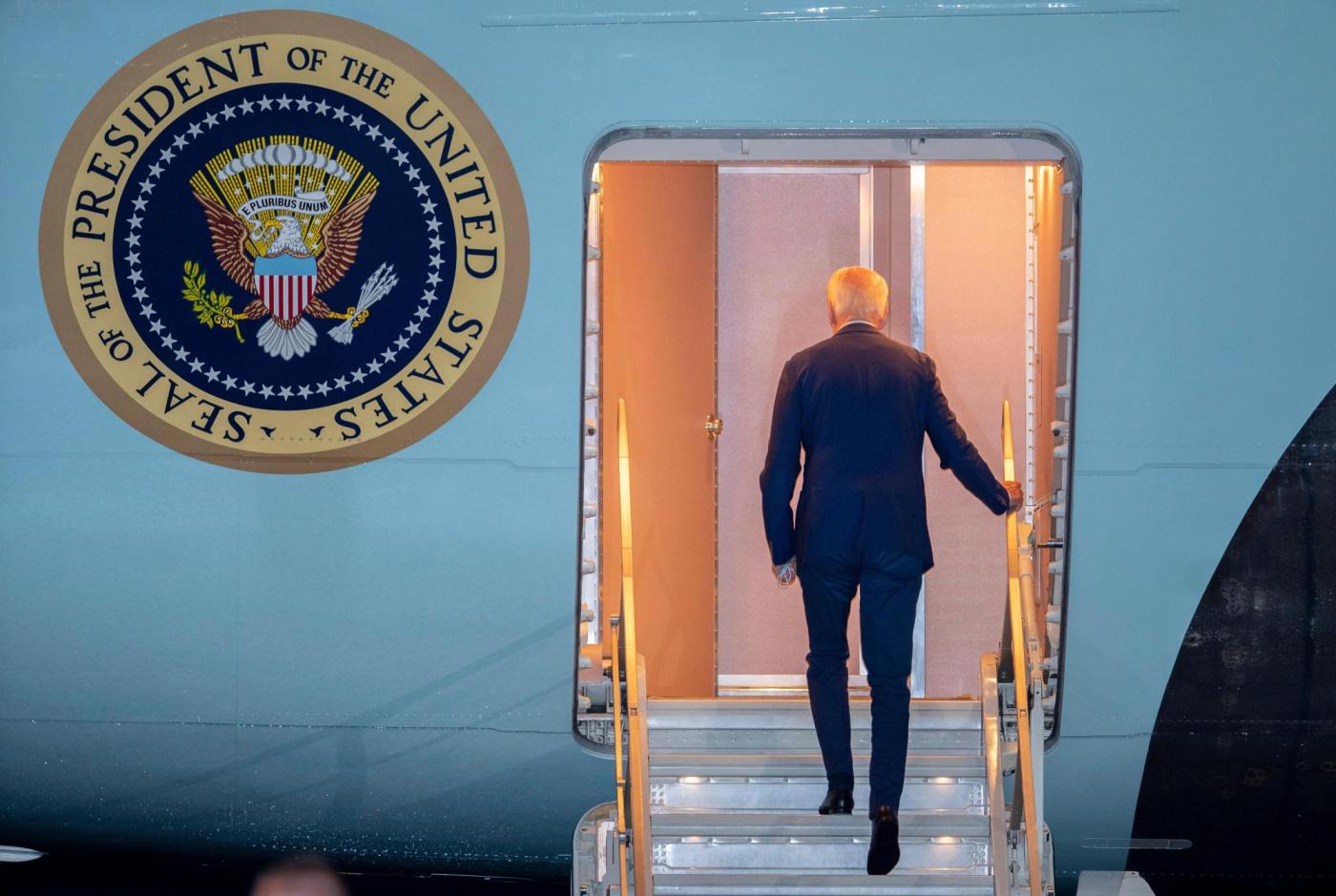 The Latest on U.S. President Joe Biden’s trip to the Mideast (all times local):

TEL AVIV, Israel — President Joe Biden is six years older than Israel, which was established in 1948, and he’s met every one of the country’s prime ministers since he was first elected as a U.S. senator from Delaware.

His first visit was in 1973, shortly before Arab nations launched a surprise attack to begin the Yom Kippur War, and he sat down with Golda Meir.

In a story that he’s told often, Biden recalls Meir chain smoking cigarettes and showing him maps of the region to explain Israel’s precarious security situation. When the meeting ended, Biden says, she told him that Israelis had a “secret weapon” in their battle for survival — “We have nowhere else to go.”

Several more trips followed over the years, although not every one has gone smoothly. When Biden served as vice president, his 2010 visit was undermined by an announcement from Prime Minister Benjamin Netanyahu’s government that Jewish settlements in the West Bank were being expanded.

There’s unlikely to be such friction with Yair Lapid, the current prime minister. However, Lapid only leads an interim government that was formed when the last one collapsed, and elections are being held in November.

HERE’S WHAT ELSE IS HAPPENING:

Biden to ping through Israel’s iconic spots on Mideast tour

With Biden, Palestinians seeking freedom get permits instead

TEL AVIV, Israel — President Joe Biden has arrived in Israel for the first visit to the Middle East of his presidency. It’s a whirlwind four-day trip in which he will hold talks with Israeli, Palestinian, and Saudi Arabian officials.

Biden is spending two days in Jerusalem for talks with Israeli leaders before meeting Palestinian President Mahmoud Abbas on Friday in the West Bank. He then heads to Saudi Arabia.

An Israeli human rights group has put up billboards in the occupied West Bank with a stark message for President Joe Biden, saying “this is apartheid.”

B’Tselem is among three rights groups that say Israel’s treatment of Palestinians, both in the Palestinian territories and inside Israel itself, amounts to apartheid. Both Israel and the U.S. reject the charge.

B’Tselem put up the billboards in Ramallah, the seat of the internationally recognized Palestinian Authority, and in Bethlehem, where Biden is to meet Palestinian President Mahmoud Abbas on Friday.

“When the attitude changes – so will the regime,” he said.

Biden was expected to land in Israel for a 48-hour visit to the area later Wednesday. He is not expected to offer any major diplomatic initiatives during the visit. He flies to Saudi Arabia on Friday.

JERUSALEM — The United States and Israel are launching a new strategic high-level dialogue between the countries that will focus on technology.

The new talks were announced in a joint statement from U.S. President Joe Biden and Israeli Prime Minister Yair Lapid on Wednesday, just hours before Biden was scheduled to arrive in Israel for his first Mideast visit as president.

The partnership is to focus on the use of emerging technologies, including artificial intelligence and other tech-based solutions, against global challenges such as pandemic preparedness and climate change, the statement said.

The leaders pledged to work together to “advance and protect critical and emerging technologies in accordance with our national interests, democratic principles and human rights, and to address geostrategic challenges.”

On Wednesday, Biden begins his trip to the region in Israel and the occupied West Bank. He is scheduled to fly to Saudi Arabia on Friday.