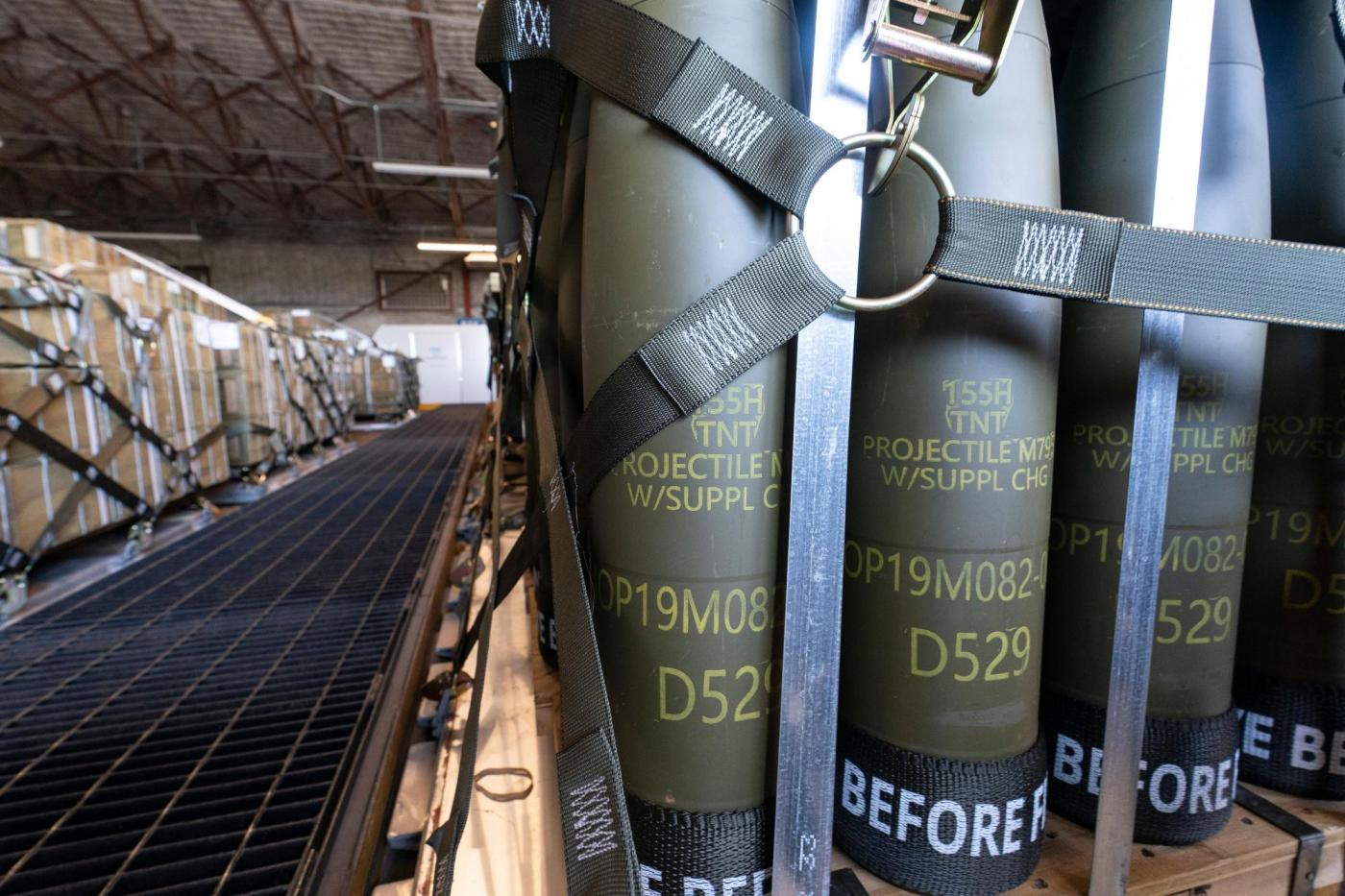 WASHINGTON (AP) — Six months after Russia’s invasion of Ukraine, President Joe Biden announced Wednesday that he is sending $2.98 billion in new military aid to Ukraine that will enable forces there to fight for years to come.

In a statement, Biden said the aid will allow Ukraine to acquire air defense systems, artillery systems and munitions, drones and other equipment “to ensure it can continue to defend itself over the long term.”

The announcement comes as Ukraine is celebrating its 1991 declaration of independence from the Soviet Union.

“I know this independence day is bittersweet for many Ukrainians as thousands have been killed or wounded, millions have been displaced from their homes, and so many others have fallen victim to Russian atrocities and attacks,” Biden said. “But six months of relentless attacks have only strengthened Ukrainians’ pride in themselves, in their country, and in their thirty-one years of independence.”

The aid package is being provided under the Ukraine Security Assistance Initiative. Officials said it will include money for the small, hand-launched Puma drones, the longer-endurance Scan Eagle surveillance drones, which are launched by catapult, and, for the first time, the British Vampire drone system, which can be launched off ships. Several officials spoke on the condition of anonymity to discuss the aid before its public release.

As Russia’s war on Ukraine drags on, U.S. security assistance is shifting to a longer-term campaign that also will likely keep more American military troops in Europe into the future, U.S. officials said.

Unlike most previous packages, the new funding is largely aimed at helping Ukraine secure its medium- to long-term defense posture, according to officials familiar with the matter. Earlier shipments, most of them done under presidential drawdown authority, have focused on Ukraine’s more immediate needs for weapons and ammunition and involved materiel that the Pentagon already has in stock that can be shipped in short order.

Besides providing longer-term assistance that Ukraine can use for potential future defense needs, the new package is intended to reassure Ukrainian officials that the United States intends to keep up its support, regardless of the day-to-day back and forth of the conflict.

“The United States of America is committed to supporting the people of Ukraine as they continue the fight to defend their sovereignty,” Biden said.

NATO Secretary-General Jens Stoltenberg noted the more extended focus Tuesday as he reaffirmed the alliance’s support for the conflict-torn country.

“Winter is coming, and it will be hard, and what we see now is a grinding war of attrition. This is a battle of wills, and a battle of logistics. Therefore we must sustain our support for Ukraine for the long term, so that Ukraine prevails as a sovereign, independent nation,” Stoltenberg said, speaking at a virtual conference about Crimea, organized by Ukraine.

Six months after Russia invaded, the war has slowed to a grind, as both sides trade combat strikes and small advances in the east and south. Both sides have seen thousands of troops killed and injured, as Russia’s bombardment of cities has killed countless innocent civilians.

There are fears that Russia will intensify attacks on civilian infrastructure and government facilities in the coming days because of the holiday celebrating Ukraine’s 1991 declaration of independence from the Soviet Union and the day marking six months since the invasion.

On Monday, the U.S. Embassy in Ukraine and the State Department issued a new security alert for Ukraine that repeated a call for Americans in the country to leave due to the danger.

“Given Russia’s track record in Ukraine, we are concerned about the continued threat that Russian strikes pose to civilians and civilian infrastructure,” it said.

Other NATO allies are also marking the independence day with new aid announcements.

The funding must still be approved by parliament, and some of it won’t be delivered until next year.

And Canada’s Prime Minister Justin Trudeau announced $3.85 million for two Ukraine projects through the Peace and Stabilization Operations Program. It includes about $2.9 million in funding for ongoing development of Ukraine’s national police force and other emergency services, and about $950,000 to help advise Ukraine’s defense ministry.

To date, the U.S. has provided about $13.6 billion in military aid to Ukraine since the beginning of the Biden administration, including 19 packages of weapons taken directly from Defense Department stocks since August 2021.

U.S. defense leaders are also eyeing plans that will expand training for Ukrainian troops outside their country, and for militaries on Europe’s eastern and southern flanks that feel most threatened by Russia’s aggression.

Follow AP’s coverage of Russia’s war in Ukraine at https://apnews.com/hub/russia-ukraine.