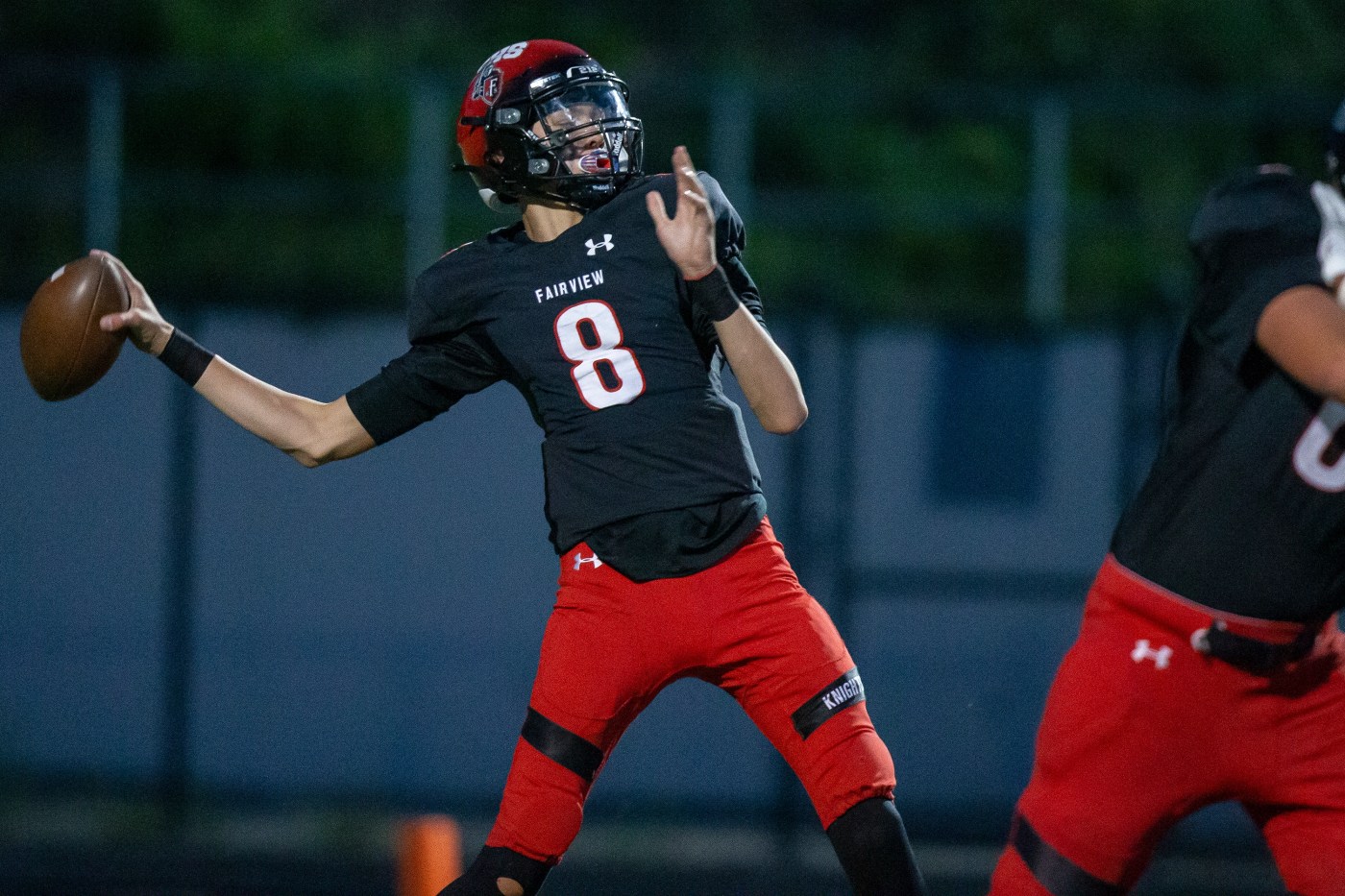 After his family moved to Colorado from Chandler, Arizona in the summer before fifth grade, Bekkem Kritza was looking for a sense of community. When he walked into his first Boulder Bears youth football practice, he immediately felt a family atmosphere. More importantly, he developed a friendship with teammate Jordan Rechel.

While Kritza had dreams of someday being a star quarterback, Rechel’s speed aligned with his goal of being a wide receiver. What they didn’t know at the time was that five years later, their connection on and off the field would help lead to Division I offers as freshmen at Fairview High School.

As rising sophomores, they’ve already caught the eye of college programs, having both received scholarship offers from Colorado, among others. However, the duo will be developing their talents separately going forward.

While they will not be playing together anymore, the friends’ connection is still strong.

“Jordan was the first person I broke the news to,” Kritza said. “It was real sad but he was super supportive. He’s my best friend.”

“He picked up quickly what we do and was doing it at a high level. He has an incredible skill set.”

After a spectacular freshman season when he threw for 3,192 yards and 22 touchdowns, Kritza received recruiting attention far beyond Colorado. He’s already received offers from Colorado State, Kansas, Texas A&M and others, in addition to CU. The 6-foot-4 Kritza has also visited programs such as  Alabama, LSU, Georgia, North Carolina, and the University of Southern California. He’s a long way from making a college decision, however.

“I’m not rushing the process,” he said.

Despite getting a hip impingement during his freshman season, the 5-foot-10 Rechel also stood out to McCartney. After fellow receiver Grant Page was injured, he assumed the role of the Knights’ go-to receiver.

“Jordan has another gear,” McCartney said of Rechel, who had 845 yards receiving and 13 total touchdowns.

Rechel’s success in the lead role paid off, as CU offered him at the conclusion of the 2021 season. Rechel, who has wanted to play college ball since he was little, said that while he is excited by the offer, he’ll take his time before deciding where to attend college.

“It would be great to play for my city,” Rechel said. “I’ve been a fan of them since I can remember, I’ve always looked up to them. Going to games I just wanted to play there.”

There’s a chance Kritza and Rechel could reunite in college.

“If it happens it happens,” Kritza said. “We are going to be happy for each other regardless because we know we will both be playing football. It would be cool to play on the same field again though, he’s my brother.”