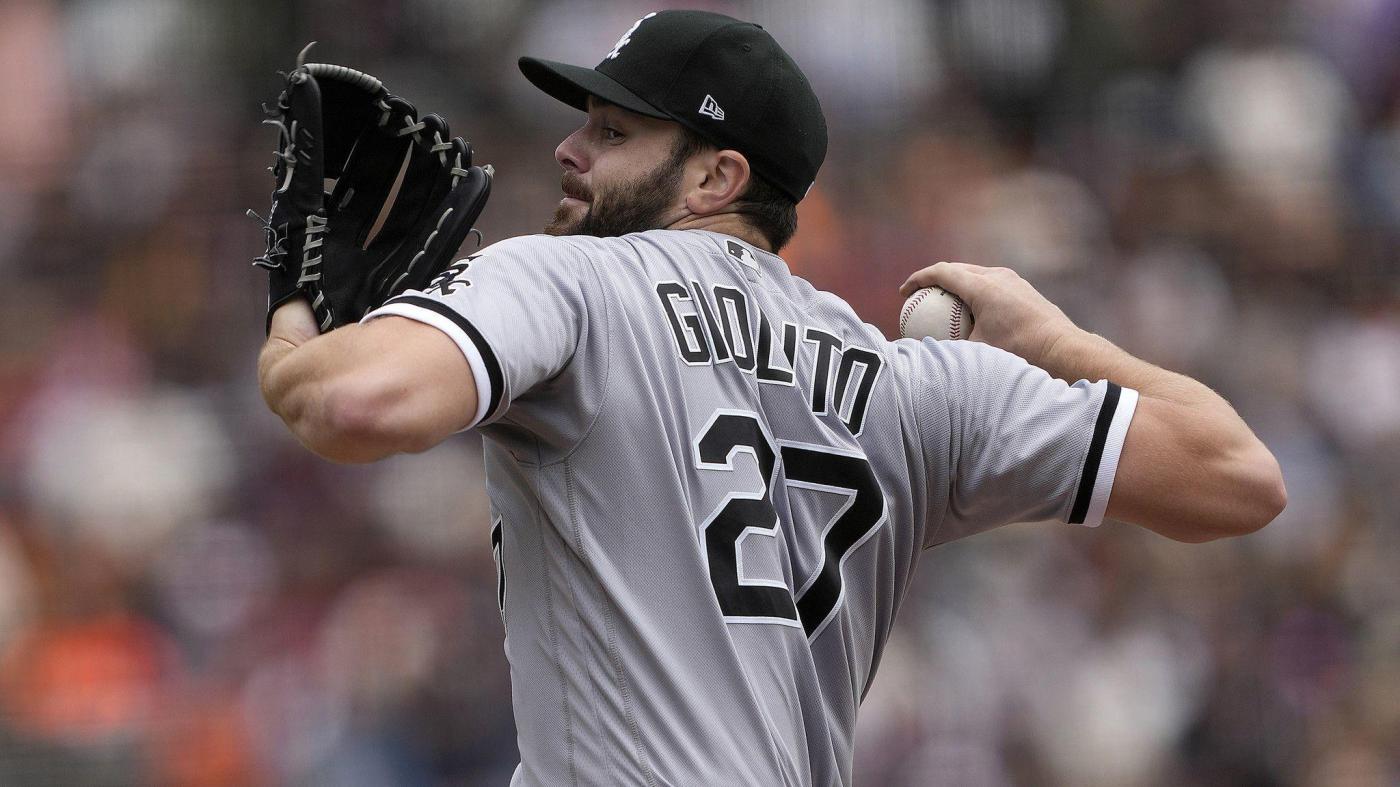 How overpowering was Lucas Giolito on Sunday against the San Francisco Giants?

The Giants didn’t put a ball in play until the third inning, when No. 9 batter Austin Wynns lined out to third.

Giolito gave the Sox exactly what they needed to complete a three-game sweep, allowing one run on three hits in six innings as they beat the Giants 13-4 in front of 30,155 at Oracle Park.

Throughout the weekend, the Sox looked like the team many projected in the preseason. They had 17 hits Sunday to complete a 4-2 trip.

“We played six games as hard as we could, and to come out (Sunday) after we won the series (Saturday) and put that kind of effort into it shows you how special these guys are,” Sox manager Tony La Russa said. “It starts with (Giolito). He was mowing them down in the beginning.”

Giolito looked good from the start. And he said he felt good.

“This is probably the best my changeup has been in a little while,” Giolito said. “(Catcher) Seby (Zavala) did a really nice job of sequencing. Mixing the changeup in, going to the slider at the right time, utilizing tunneling, popping heaters in and out to lefties and righties. We were able to work relatively efficiently.

“Got a really nice lead, the offense was doing its thing, the defense behind me was outstanding. Overall, pretty good.”

Giolito built off a nice outing Monday against the Los Angeles Angels in Anaheim, Calif., in which he allowed two runs on six hits in six innings.

“I feel like the end of my last start and throughout most of the course of this start, I was feeling like myself,” Giolito said. “Able to make the pitches I wanted to make.”

“He was really good,” Zavala said. “His work the last few weeks has really shown the last two outings.”

The Sox got some timely hits and took advantage of less-than-stellar Giants defense to take the lead in the third.

With one out, Tim Anderson hit a grounder to short for what should have been an inning-ending double play, but Donovan Walton threw wildly to second. The ball reached foul territory, allowing Josh Harrison to make it to third and Anderson to second.

The Sox cashed in with a two-out, broken-bat single to right by Luis Robert for a 2-0 lead.

The Sox collected another big two-out hit an inning later when Zavala drove in García with a single to center. Sheets drove in three in the fifth with a double to left, making it 6-0.

The offense gave Giolito plenty to work with.

“I don’t know if there are words to describe how good he really was,” Harrison said. “You could tell from the start of the game.”

Giolito didn’t allow a hit until the fourth, when Joc Pederson popped up to shallow left. Anderson had a long way to go and got a glove on it, but the ball popped out for a single. Later in the inning, third baseman Yoán Moncada made a tremendous twisting catch on a popup.

Austin Slater singled and Pederson drove him home with a double in the sixth. But Giolito retired the next three, including a nice catch on a popup by Harrison at second base.

“Both of those plays were critical,” La Russa said of the catches by Moncada and Harrison.

He singled and scored during a five-run eighth as the Sox excelled in all areas ahead of a crucial stretch of 19 straight games against American League Central opponents — including 15 in 14 days leading up to the All-Star break.

“We came to play this series,” Giolito said. “This is the brand of baseball that the Chicago White Sox are all about. It’s been a rough year, to say the least, dealing with the injuries, dealing with some tough series, some losing streaks. But I feel like this series, we were able to put our foot on the gas.

“It gives me a good feeling. I think it gives the team a good feeling going back home with some of these division games coming up.”