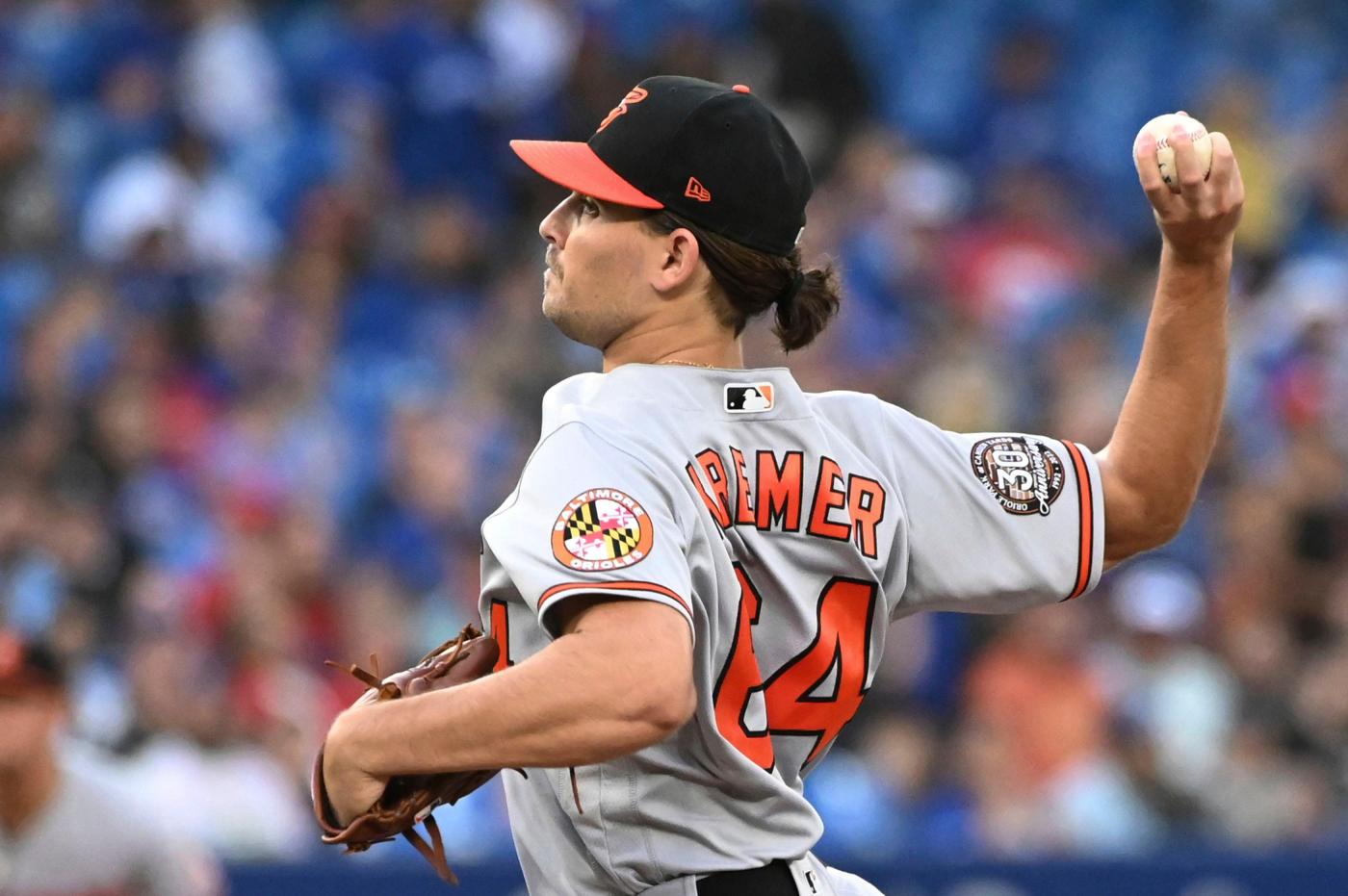 For all his talents, Adley Rutschman’s greatest strength might just be his ability to discern balls from strikes, a model of the swing decision-based development plan that floods the Orioles’ minor league system. At times, it’s burned him, with his awareness of the strike zone perhaps sharper than that night’s home-plate umpire.

On Tuesday, when he dropped his bat head on Toronto Blue Jays ace Alek Manoah’s slider just below the strike zone, he showed that the area in which he can do damage is expansive. His solo shot in the fifth inning came two pitches after Cedric Mullins also delivered one, with the back-to-back home runs evening a game the Orioles eventually won, 4-2, to move within half a game of Toronto for an American League wild-card spot.

The Orioles (61-55) were eight games under .500 when Rutschman, then the game’s top prospect, was called up to the majors for the first time, and he has been transformative on both sides of the ball ever since. In his past 54 games — a span representing a third of a full major league season — the 24-year-old has hit .283/.395/.516 with 22 doubles, seven home runs and a 36-to-34 strikeout-to-walk ratio to firmly plant himself within the AL Rookie of the Year race.

“I love being able to do this,” Rutschman said. “Every day that I get to go out and play, I’m just thankful. It’s one of those things that I try not to take for granted because I know that if I don’t give it 100% every day, then I really don’t deserve to be here.”

Working behind the plate Tuesday, he guided starter Dean Kremer through some early rough innings, including throwing out an attempted base stealer in the bottom of the seventh. Kremer finished seven innings despite facing a 2-0 deficit two batters into his outing.

The home runs from Mullins and Rutschman erased that. Manoah had allowed one hit the first two times through Baltimore’s lineup, with a single from Rougned Odor prompting a storm of boos for a player still unpopular in Toronto for punching former star José Bautista in the face six years ago while with the Texas Rangers.

“I think Ced’s been grinding and wants to contribute,” manager Brandon Hyde said. “I gave him a couple of days off tough lefties, and he comes out there today, swung the bat extremely and that was a huge homer for us.

“And then Rutschman’s going to be doing that a lot in his career. He’s just a really good player.”

Terrin Vavra, who like Rutschman is a rookie who works counts, drew a one-out walk off Manoah, moved to second on an Odor groundout and scored on a single from Ramón Urías. Ryan McKenna, in the lineup against a right-handed starter after recording his first three-hit game, drove home Urías with another base hit.

Baltimore’s offense was unproductive outside of those two frames, but Kremer, Dillon Tate and Félix Bautista made those runs stand as the Orioles won a fifth straight matchup against the Blue Jays (61-54), matching their total victories in last year’s season series.

Hyde recently called some of the Orioles’ inexperienced starters into his office for what Kremer described as a meeting focused on the importance of situational pitching, knowing who to go after in the opposing lineup and who not to.

“Kind of like, ‘OK, where do we go from here now?’” Kremer recalled. “Another stepping stone in our development.”

Those lessons paid off in Tuesday’s third inning, when the young battery of Kremer and Rutschman worked around Toronto cleanup hitter Alejandro Kirk, with a walk loading the bases with one out. Kremer then got Matt Chapman to hit into an inning-ending double play, sparking a stretch in which he retired 11 of 12 Blue Jays.

“That was pitching for me,” Hyde said. “Think about the battery there. Rutsch, who’s been on the big leagues for a minute, and Dean, who’s young, and when they talk about it, he doesn’t let Kirk beat him there, groundball double play to get out of the inning. One of the biggest plays in the game.”

After an infield single began his night, Kremer surrendered a home run to Vladimir Guerrero Jr. to put the Orioles in an early two-run hole. When he walked off the mound after the seventh inning, those were the only two runs he’d given up.

“Just absolutely fantastic,” Hyde said. “Dean’s had some up and downs the last couple of years and still a young starter in this league and to come in, 40,000 people here in Toronto in a pennant race, give up a two-run homer early and just absolutely settle in, that was the best pitching performance for him by far I’ve seen, from the standpoint of how he used all of his pitches. Great mix. Him and Adley worked great together. He was unbelievably competitive, and that’s huge for us and huge for him. For me, that shows you the kind of pitcher he can be.”

Santiago Espinal bunted for a single in the seventh, but Rutschman threw him out trying to steal second before Odor ranged to his left for an inning-ending groundout, with Ryan Mountcastle making a strong pick at first base.

Tate worked a quick eighth before Bautista struck out two in the ninth for the save.

“We’re having fun right now,” Kremer said. “Standings or not, we’re having a blast. Every win is another win, and we look up and, ‘Hey, we’re in the standings,’ so it’s more of, like, keep your head down, and we’ll see how this plays out in a couple of weeks.”

On top of being half a game behind the Blue Jays with the chance to surpass them with a sweep Wednesday, the Orioles kept pace with the Tampa Bay Rays (62-53), who remained 1 1/2 games in front of Baltimore in the wild-card race by again beating the AL East-leading New York Yankees.

The Seattle Mariners (63-54), who entered the day holding the top of the three wild-card spots with a two-game lead on the Orioles, did not begin play until late Tuesday.

“The biggest thing is I think we focus on ourselves,” Rutschman said. “We really don’t know what people are saying about us. We just try and win every inning, every pitch and ultimately, we’re just gonna try and do that, and, hopefully, get good results from it.”