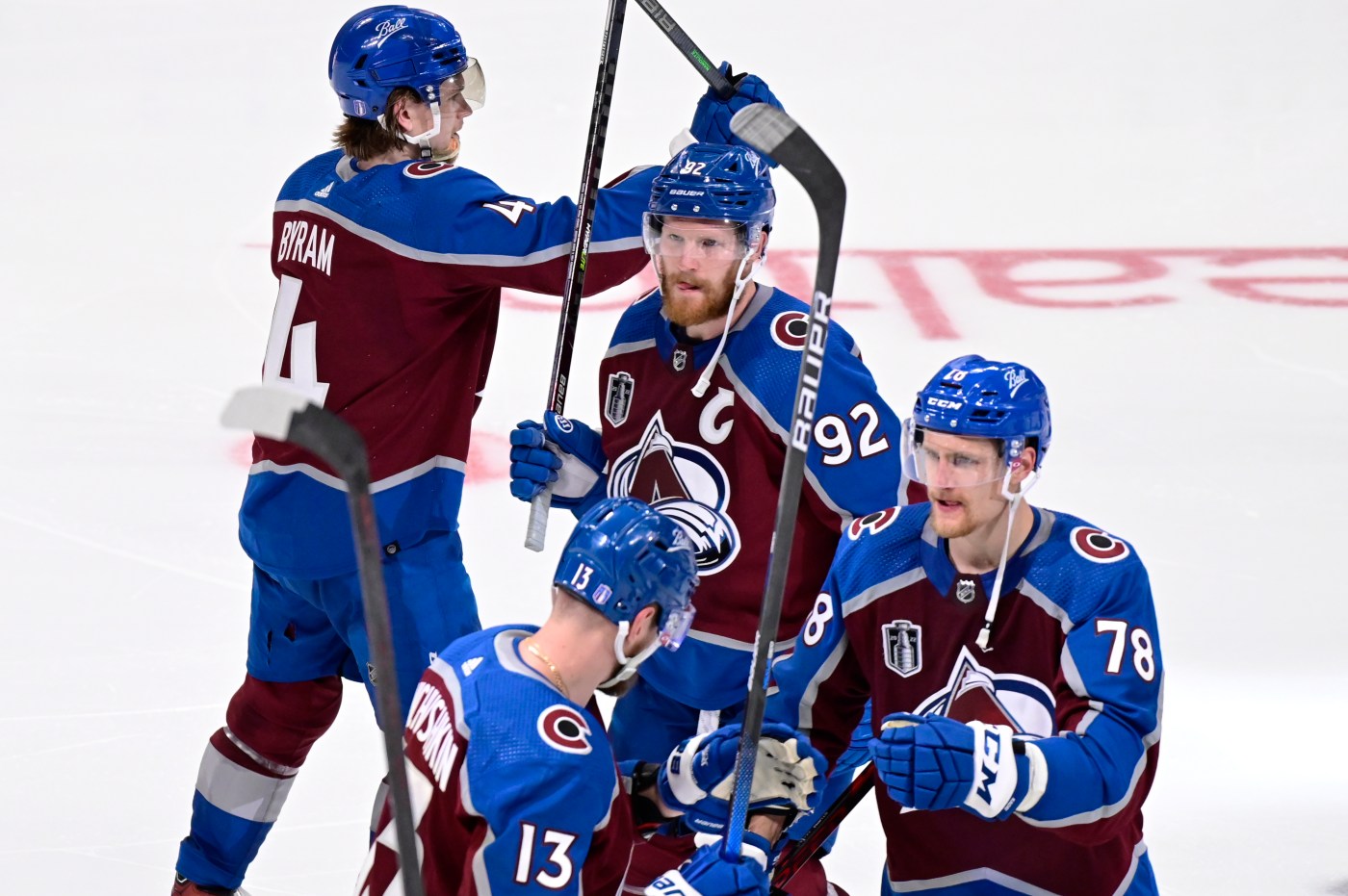 Jared Bednar is an evangelist on the five-minute plan. The Avalanche coach doesn’t go period to period but rather as many as four stretches in each frame.

He studies game video in five-minute spans when special teams are not involved and wants his team to focus on playing that way. Beyond the power play and penalty kill, it’s Colorado’s primary focus entering Game 2 of the Stanley Cup Final against the Tampa Bay Lightning on Saturday.

“It’s just narrowing our focus, staying in the moment,” Bednar said after Friday’s practice at Ball Arena. “You can’t do it all the time. When you hit a penalty kill or a power play, you’re trying to win the two-minute game (but otherwise) we can kind of break it down and we have a good five minutes and we’re moving on to the next. For me, it just helps guys stay focused and in the moment and committed to what you’re trying to do.”

The five-minute plan helped the Avs get this far. They outshot Tampa Bay 38-23 in Game 1’s 4-3 overtime victory to take a 1-0 series lead. They’ve used the plan all season and don’t want to veer from it in the Final. It’s why they always say they want to stick to their identity.

Avs defenseman Josh Manson said the five-minute plan is a “fairly common message” in the NHL but on this team, “you like to reiterate it throughout the game and before every game because it is an important thing for our club. We want to make sure that every five minutes is a focus. No matter what happens, we’re resetting and we’re going again because we want to be taking the game to teams.”

The Avs are now 13-2 in the postseason. But they’re playing a team that has won 11 consecutive series — the first eight en route to winning the Stanley Cup the previous two seasons.

Colorado might have the momentum entering Game 2 but Tampa Bay is no stranger to winning a series after losing Game 1. The Lightning lost the series openers to the Toronto Maple Leafs in the first round and to the New York Rangers in the Eastern Conference Finals. They rallied from a 3-2 series deficit to down the Leafs in seven games and trailed 2-0 against the Rangers before winning the last four.

“I think they just trust their system,” Manson said of the Bolts. “They trust in what they do and how they found success, and they know that if they do that the results usually follow. I think that’s kind of the same mantra that we’ve taken on is, if we play the way that we want to, we’ll find success. So it’s going to be a good battle (Saturday), obviously.”

Bednar also foresees that battle in which he believes his team is prepared for.

“It’s the Stanley Cup Final. We know that we haven’t seen Tampa’s best game,” he said. “They’ll be better than they were in Game 1. There’s a lot of areas for me that we can be a lot better in than we were in Game 1. So we approach it the same way we did in Game 1. I’ll expect our guys to be energized and ready to go. It’s an extra day’s rest but it’ll be the same (plan) — it’ll be about the detail in our game and how hard we compete.”

Putting those things together early in Game 2 will be important. Colorado is eager to win the first five minutes.

“It’s all about that fast start, just about focusing on five minutes and then worry about the next five and so on and so on,” Colorado defenseman Cale Makar said. “For us, it’s just making sure that right off the bat, we know that they’re going to have a good start, come out hot, so we just have to match that and continue the game that way.”