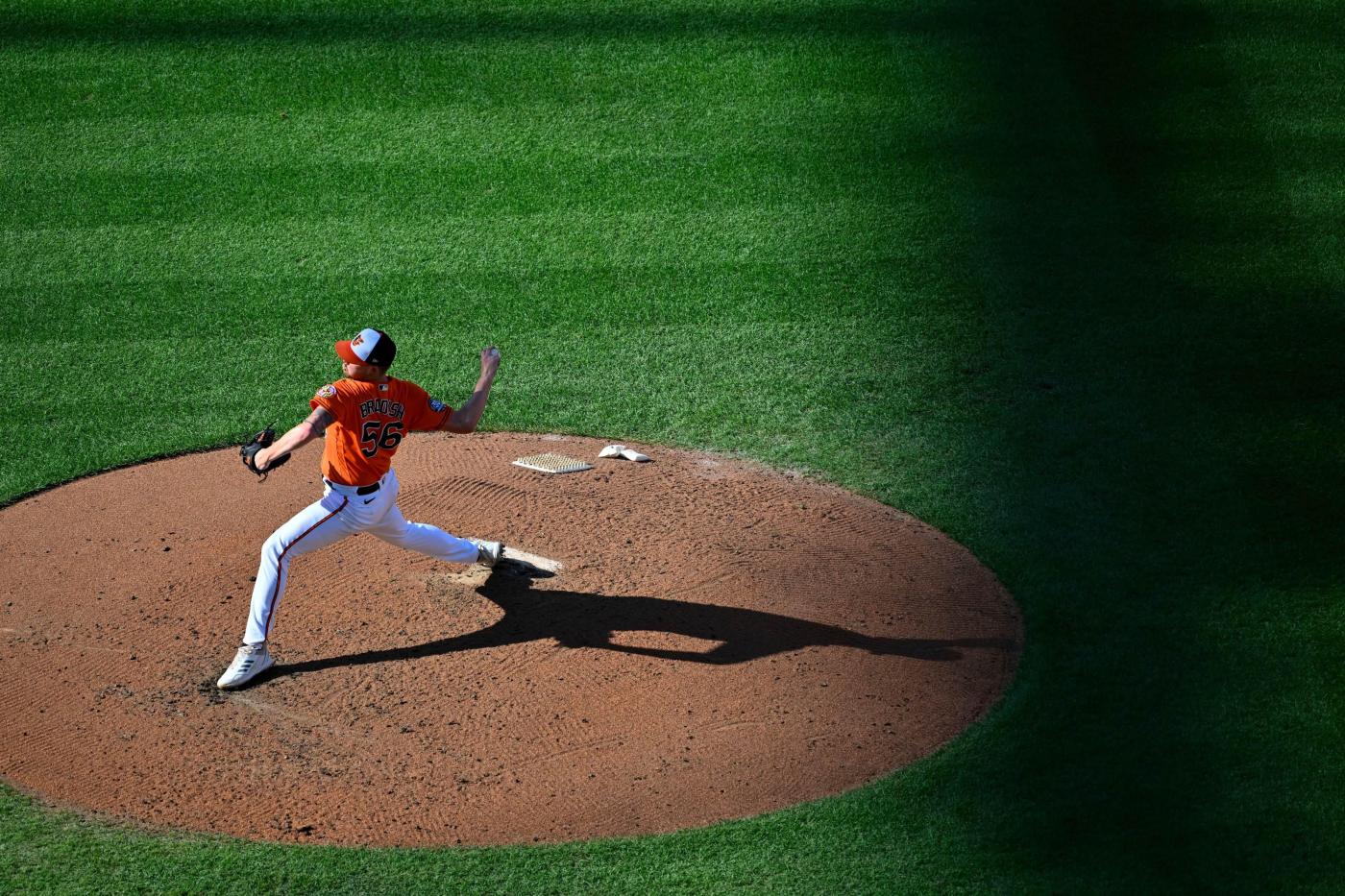 As much as this weekend marked a reunion for Trey Mancini, the same applied for Orioles executive vice president and general manager Mike Elias. The former top assistant in the Houston Astros’ front office caught up with several familiar faces and former coworkers throughout the series at Minute Maid Park.

It also offered an opportunity to compare where the Orioles’ rebuilding process stands relative to the one Elias was a part of in Houston. Since being hired and promising to build an “elite talent pipeline” after the 2018 season, Elias has pointed to the Astros’ successes as a framework for the Orioles’ project.

Houston, of course, won the World Series in 2017 to spark five straight runs to the American League Championship Series, holding the AL’s best record this season. The Orioles, seeking their first playoff appearance and winning season since 2016, are 1 1/2 games out of a wild-card spot.

The budding similarities between what occurred in Houston and what might in Baltimore showed themselves this weekend, when Elias’ former team took on his current one with the latter in contention for the first time. The Orioles took two of three from them, with each of Baltimore’s starters working into the seventh inning. Steps remain before the Orioles’ rebuild is declared a success in the same manner as Houston’s, but the organization’s upward trend can’t be denied.

“We’re not there yet,” Elias acknowledged before the series. “Obviously, the Astros franchise has gone very deep in the playoffs, won a championship, probably have a few more ahead of them, and we’re nowhere near those heights yet.

“But I expect the Orioles to be a playoff team, hopefully this year, and then in contention every year going forward.”

After trading Mancini, the Orioles’ longest-tenured player, to Houston earlier this month, Elias justified the move by noting that Baltimore had “a shot at a wild card right now. But it is not a probability that we’re going to win a wild card.” He has since repeatedly stated he believes in the Orioles’ chances of reaching the postseason. They have gone 16-9 since the deal on Aug. 1, having also moved All-Star closer Jorge López a day later while making no significant additions at the deadline.

The next day, Elias declared it was ”liftoff from here” for the franchise, a phrasing that perhaps gives a nod to his time in Houston. The Astros similarly enjoyed a breakout season as their rebuild began to pay off; as Elias, who oversaw their amateur drafts, prepared to make a pair of top-five draft picks in 2015, the team was marching toward its first playoff berth of his tenure. Both of those draft picks, Alex Bregman and Kyle Tucker, have become All-Stars, with each contributing to Houston’s victory in Sunday’s series finale.

That 2015 team received a boost from a player drafted first overall three years earlier in shortstop Carlos Correa, mirroring the impact catcher Adley Rutschman has had in Baltimore after going No. 1 in 2019. The Astros have continued to have success this year after losing Correa in free agency this offseason.

This past week, the Seattle Mariners locked up outfielder Julio Rodríguez — Rutschman’s top competitor for AL Rookie of the Year — for the next several seasons. Houston has signed extensions with a handful of its core player, including Bregman, Yordan Álvarez and Jose Altuve. Elias has said Baltimore’s payroll will increase this winter, and it would be logical for that to include at least an effort to come to agreements with current players. Their star catcher should be atop the list should the Orioles go that route.

That Rutschman is the only of Elias’ prized prospects who have fully established themselves in the majors this year speaks to what could come. Kyle Bradish, acquired in a December 2019 trade, pitched eight shutout innings Friday in Houston, a day after Kyle Stowers, taken later in the 2019 draft, hit a game-tying home run with two strikes and two outs in the ninth inning against the Chicago White Sox. Four of Baltimore’s top six prospects are in Triple-A, and some are candidates to help in the season’s final stretch.

Elias laid out the rebuilds’ similarities as “the commitment to bringing young talent into the organization, to doing things smartly, to coaching them up, to pulling in players from all angles.” This weekend showed that the Astros and Orioles might soon share major league success.

“This is a team that now going forward, starting with this offseason, we’re going to be in the mode of trying to put together a playoff team every single year,” Elias said.

The Orioles’ road trip continues Tuesday with a series against the Cleveland Guardians, who lead the AL Central but would otherwise be right around in the wild-card standings. The Guardians took two of three games in their June visit to Baltimore. The Orioles are 44-27 since.

They then host the AL-worst Oakland Athletics in their first full series of September, beginning a 10-game homestand that also includes the Toronto Blue Jays and Boston Red Sox.

The Orioles’ pitching success this season has largely been built around their starters working deep enough and keeping the game close enough for manager Brandon Hyde to get the top arms in his bullpen and let them handle the load. That dynamic shifted slightly, with Baltimore’s rotation having its best run of deep outings in years.

No Orioles starter went shorter than 5 2/3 innings this week. In five of six games, a starter worked at least six frames and three times someone went seven. In the first two games of the Houston series, Bradish and Dean Kremer became the first Orioles 26 years old or younger with back-to-back outings of at least 7 2/3 innings since Daniel Cabrera and Erik Bedard in 2005.

“It’s like one guy goes out, and then it’s a competition for the next guy to continue to keep the line moving and prove that they can do just as good or better,” said Austin Voth, who allowed one hit over six innings Sunday. “For the starters right now, I feel like we’re all in a good position. We’re all pitching well, and it’s just fun to watch.”

The Orioles went 4-2 this week, doing so with little offensive production from their infield.

Ryan Mountcastle, Ramón Urías, Rougned Odor, Jorge Mateo and Terrin Vavra collectively slashed .133/.191/.229 — a .420 OPS — with Mountcastle’s .512 OPS the highest of any of them. The group struck out in 32 of its 89 plate appearances (36%) while walking six times. Mountcastle and Mateo had 19 strikeouts with one walk between them.

Elias used each of his second picks in his first three Orioles drafts on an infielder. The first of those was Gunnar Henderson, who has developed into the top prospect in baseball. Jordan Westburg was taken in 2020, arriving at Triple-A with Henderson as one of Baltimore’s top prospects.

Given the breakout he’s enjoying at Double-A Bowie, 2021 second-rounder Connor Norby is well on his way to keeping the trend going. With a week in which he hit three home runs and slugged .792, the 22-year-old second baseman raised his OPS in Double-A to .916, nearly 200 points above his mark with High-A Aberdeen earlier this season.