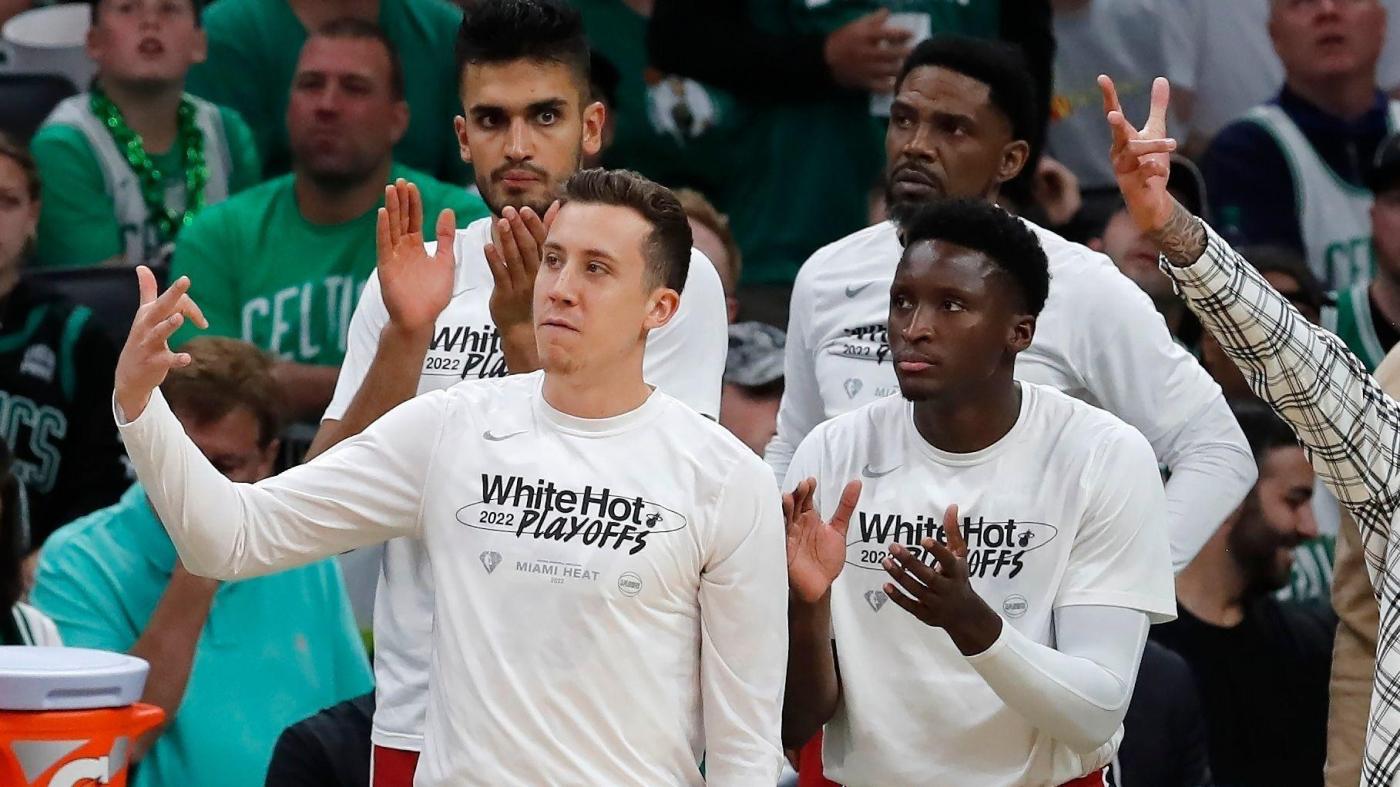 Q: Ira, we are essentially the same team as last year, minus two, with Tyler Herro hardly pleased that he was treated like trade bait over the last two months, and several of our chief rivals upgrading their rosters. We can only go so far with the refrain that we came within one game of the NBA Finals last season. Tell me, please, that there is room for optimism in what from my vantage point is hard to fathom. – Bill, Palm Beach Gardens.

A: There is room for optimism (happy now?). For a moment, put aside the timing of upgrades by others in the Eastern Conference this season, and instead consider the overall composition of these rosters. The Heat have one that features Jimmy Butler, Bam Adebayo, Kyle Lowry, Tyler Herro, Victor Oladipo and the promise of several intriguing younger prospects. While that might not be as sexy as adding Donovan Mitchell, Dejounte Murray, Macolm Brogdon, Jalen Brunson, Joe Ingles or even P.J. Tucker, how many have a better combination of such a five-player base and elite-level coach? Don’t be so quick to indict the Heat regarding being stuck in place without first considering the potential for 2022-23 upgrades from Adebayo, Herro, Lowry, Oladipo and others. The Heat ended last season as a really good team. They will begin 2022-23 as the same, even without shiny new things.

Q: There’s an old saying about archery that goes, “It’s easy to overshoot the mark.” The Cavs overpaid for Mitchell. – Ray, Deerfield Beach.

A: We’re always here for the archery axioms and also could not agree more. As mentioned in my column on the trade, undersized shot creators in the NBA are sort of like high-usage running backs in the NFL. There will be ample opportunity to find one at a more reasonable price. For the Cavaliers, the issue is that they are in Cleveland, and landing one in free agency is challenging. The Heat remain in Miami, where the inducements of weather, no state income tax and not being in Cleveland will create robust opportunity for something more cost efficient down the road.

Q: The media is making it out as Danny Ainge is amazing. What has he accomplished? Nothing yet. Doesn’t sound like compelling basketball in Utah next season, and maybe for a few seasons. How is the process in Philadelphia going? Still in process. The Heat: NBA Finals in 2020, one shot from the NBA Finals in 2022. Thankful to be a Heat fan. Erik Spoelstra is one of the best coaches in the league and the Heat field a competitive team every year and take good care of fans and our community. – Stuart, Miami.

A: This entire notion of the Utah Jazz promising something better in 2027 or 2029 on some levels is laughable. What exactly does one do with Jazz tickets in the interim?