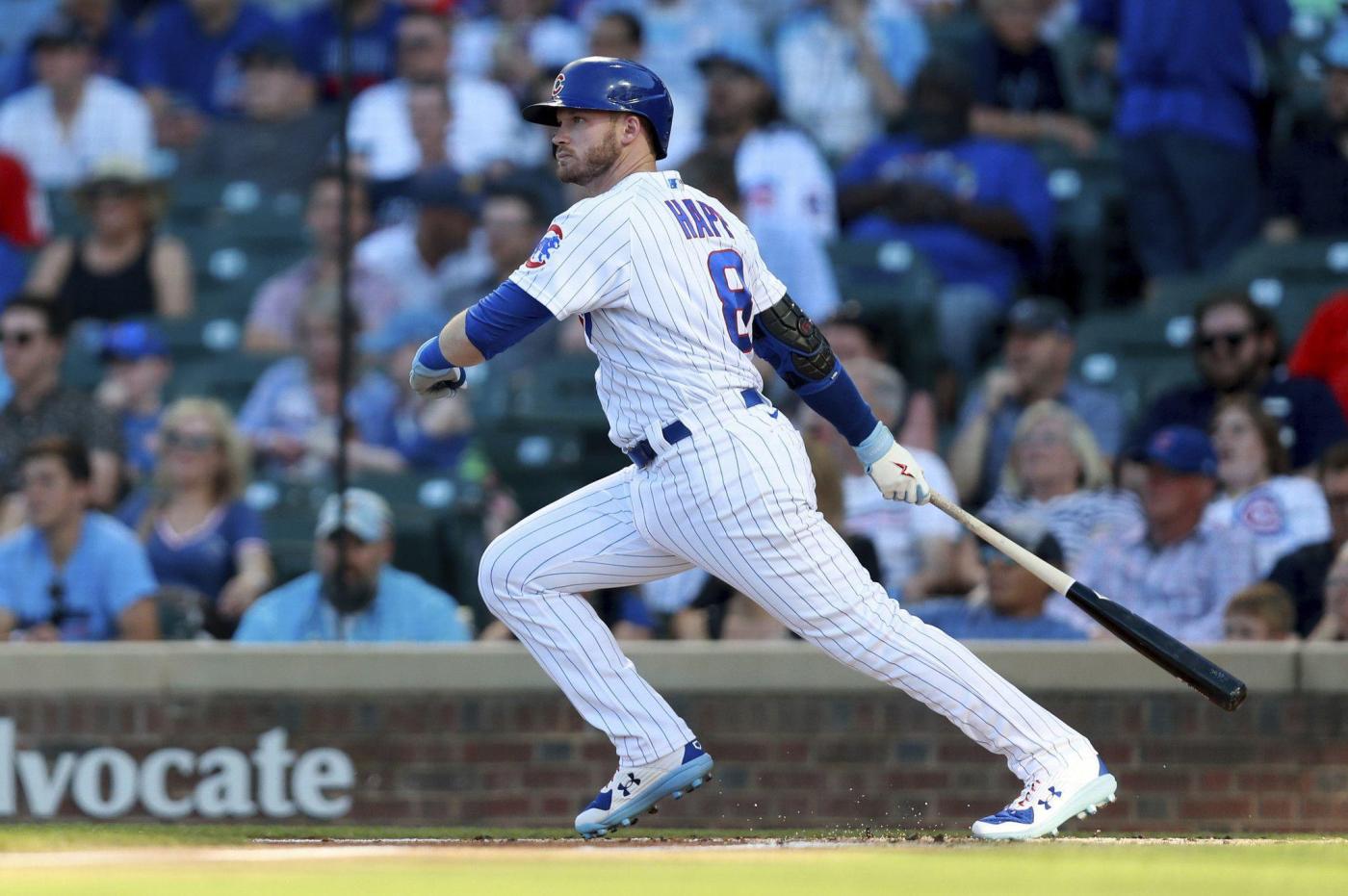 An emotional Ian Happ dropped his head into his hands as he digested the news Sunday morning in the visitors clubhouse at Dodger Stadium.

Chicago Cubs manager David Ross called a pregame meeting to go over the team schedule and plans for the upcoming All-Star break. But then Ross had one additional detail to share, waiting until the end to reveal the news: Happ made his first All-Star team as a National League reserve.

Happ will join teammate Willson Contreras, the NL’s starting catcher, for the All-Star Game on July 19 in Los Angeles.

Ross recalled Happ telling him Thursday before Contreras’ All-Star honor was announced that if he happened to make the team, not to tell him in front of everyone because he would cry like a baby. Of course, the clubhouse setting provided the perfect backdrop for the big news. It set off clapping and cheers from his teammates, who enveloped Happ in hugs.

“It was a great scene, great for our guys, something to really celebrate and I think everybody was genuinely really, really happy for Ian,” Ross said. “Happer has been as consistent of a player as I’ve ever seen him be, and the fact he gets rewarded by being an All-Star, he’s deserving of that. He’s upped his game, not just offensive numbers but his defense and baserunning, his all-around game has been stellar and I’m so happy for him.”

The All-Star honor is a remarkable achievement for Happ, who turned around a big-league career trending in the wrong direction.

On this date last year, Happ was hitting .183 with a .296 on-base percentage, .626 slugging percentage, 29% strikeout rate and 73 weighted runs created plus (wRC+) through 76 games. The slump raised significant concerns about whether Happ, a free agent after the 2023 season, fit into the Cubs’ future plans. But instead of an awful first half completely derailing the 27-year-old switch hitter, he turned around his 2021 season in the final two months and carried that success into 2022.

Happ has overcome adversity during his six-year career, including getting sent to Triple A to start the 2019 season. Among NL outfielders, Happ entered Sunday’s game against the Los Angeles Dodgers ranked third in OBP (.372), fourth in batting average (.277), fifth in weighted on-base average (.357), fifth in WAR (2.2), sixth in RBIs (40) and seventh in wRC+(129). In his first at-bat Sunday after making the team, he doubled as part of a five-run first inning against Dodgers starter Julio Urías.

“It’s spectacular, man,” Ross said. “I’m so proud of him. The mental toughness that you have to have to come out of that is really good. When you see guys set their path to greatness, it’s after stuff like that. Being able to come out and be where he’s at right now, I’m super happy for him.”

Patrick Wisdom’s locker in the Dodger Stadium clubhouse is situated directly next to Happ’s, and Wisdom could feel the emotions coming from Happ after the announcement. Watching Happ endure last year’s struggles and come through it while playing at an elite level has rubbed off on Wisdom.

“He’s having an All-Star-caliber year and he’s more than deserving to be on that team, so it wasn’t a surprise to me because I knew that he should be there,” Wisdom told the Tribune. “He’s a pro through and through, and either hitting behind him or in front of him, just watching how he handles the successes and the failures, I’ve added that to my game and am learning from him constantly whether he knew that or not.”