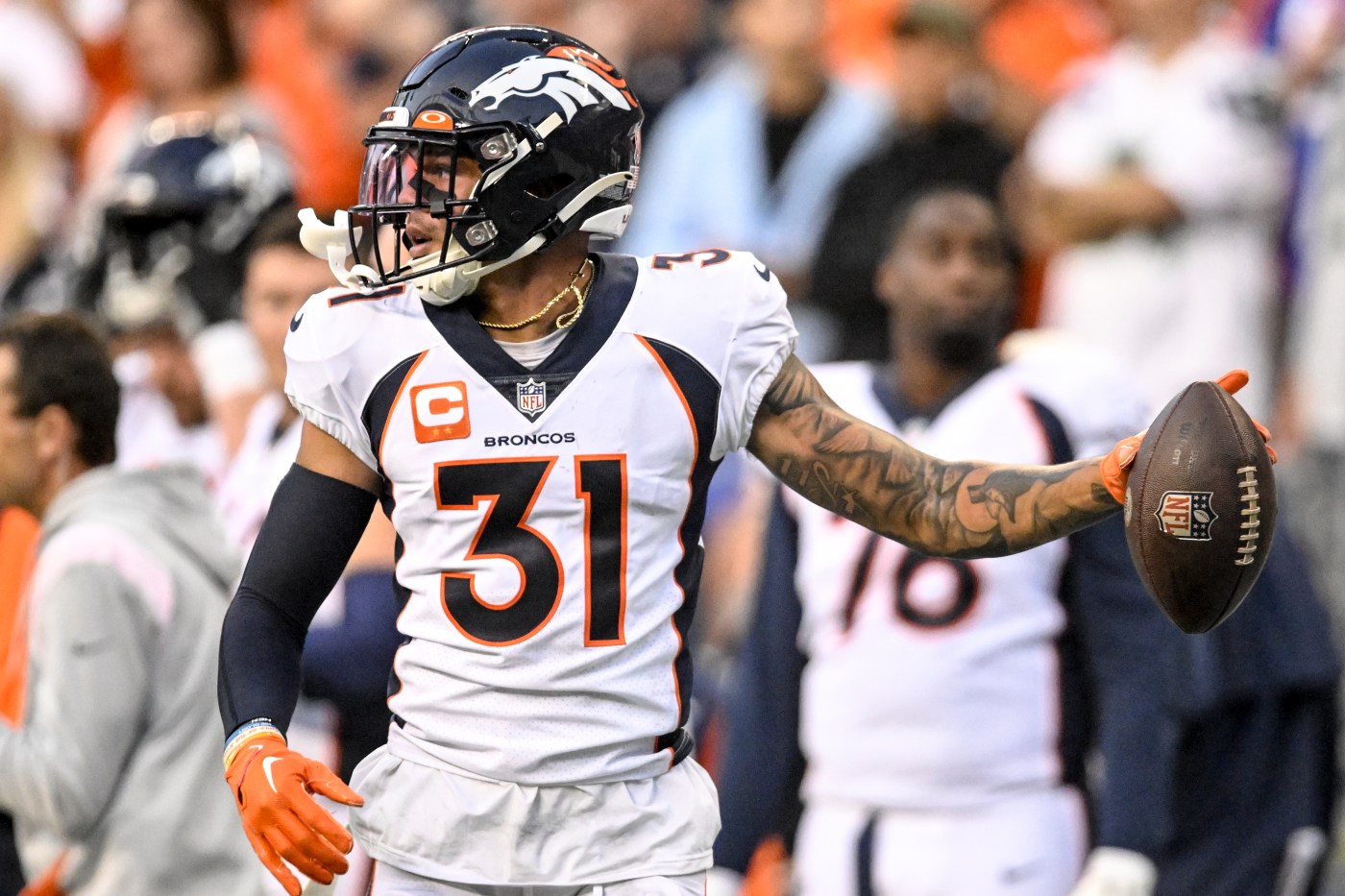 There’s a hole in the soul of the Denver defense. How do the Broncos replace injured safety Justin Simmons, who has played 99.86% of defensive snaps since 2018?

“You can’t replace Justin Simmons. He’s one of the best players in the league. The best safety in the league,” teammate Caden Sterns said Thursday.

Now coach Nathaniel Hackett, whose football acumen was already under scrutiny for how he mishandled the sad ending to a one-point loss in Seattle, will have to figure out how to win for at least the next four games without Simmons, one of the few Pro Bowl caliber players on Denver’s defense.

The NFL schedule that was front-loaded with lightly regarded opponents doesn’t look quite like the cakewalk it was alleged to be for Denver. The Broncos, listed as 10-point favorites in their home-opener, can’t possibly lose to lowly Houston, can they? Then again, Denver was a 6.5-point favorite on the road against the Seahawks, and how did that turn out?

On the first day of September, shortly after announcing a $245 million contract extension for quarterback Russell Wilson, Broncos general manager George Paton peered out his office window overlooking the  practice fields at Dove Valley headquarters and asked my opinion on the team’s immediate future.

I hemmed and hawed, not wanting to rain on the celebratory vibe after Paton struck a long-term deal with an elite quarterback this franchise had long been seeking since Peyton Manning retired.

“Go ahead, you can tell me,” said Paton, interested to hear any doubts about the playoff-worthiness of this Denver roster.

“Well,” I responded, “your previous head coach might have been great at only one thing, but Vic Fangio really knew defense.”

While praising Paton for drafting a rising star in cornerback Pat Surtain II, I added that beyond Simmons, this defense seemed to have more question marks than rock stars, including inexperienced coordinator Ejiro Evero.

Simmons, who has produced five interceptions in each of the previous two seasons, was this defense’s iron man. But he walked through the Denver locker room Thursday with his right leg encased in a compression sleeve, evidence of a thigh injury that will keep him sidelined for at least a month on injured reserve.

On the bright side, the replacement for Simmons is among the more promising young backups on Denver’s roster. “My mindset is to go out there and play like me. And to do my best,” said Sterns. “I feel like if I do that, I think that’s pretty (darn) good.”

Against the Seahawks, who figure to be among the weaker offensive teams in the league, Denver allowed only 17 points. But the Broncos made journeyman quarterback Geno Smith look like a star in the first half. The defense had trouble getting off the field on third down.

Two sacks by outside linebacker Bradley Chubb were certainly encouraging, but with the absence of Simmons holding down the back end of the defense, Denver might well need even more impact from expensive free agent acquisition Randy Gregory, who forced a fumble, but was on the field for only slightly less than 50% of the team’s defensive snaps against Seattle.

Yes, the Broncos did finish third in the NFL a year ago in scoring defense. But the defensive team that takes the field against Houston could have as many as eight different starters from the unit that played together on a regular basis last season. In that regard, maybe leadership and communication skills are what the Broncos will miss most about Simmons.

“Leadership isn’t a one-person job. The rest of the captains and the entire team has to be on top of our day-to-day preparation and mindset,” said Courtland Sutton, who, like Simmons, serves as a captain on a team that has invented ways to lose and succumbed to failure too easily in recent years.

“Justin is a great leader. And him being out for a few weeks is definitely something we’re going to notice until he comes back. But we have to key on what we need to do and make all the days count, so there are no hiccups before he comes back.”

The Broncos are optimistic Simmons will return for a Monday night game in mid-October against the Chargers in Los Angeles. This injury is a significant blow. But it can’t be used as an excuse to lose games for a team that has had a nasty habit of folding when the going gets tough.

In his absence, Denver needs to find a way to fashion no worse than a 3-2 record through five games, or there will be tougher questions for Hackett than why he took the ball out of Wilson’s hands to attempt a 64-yard field goal.