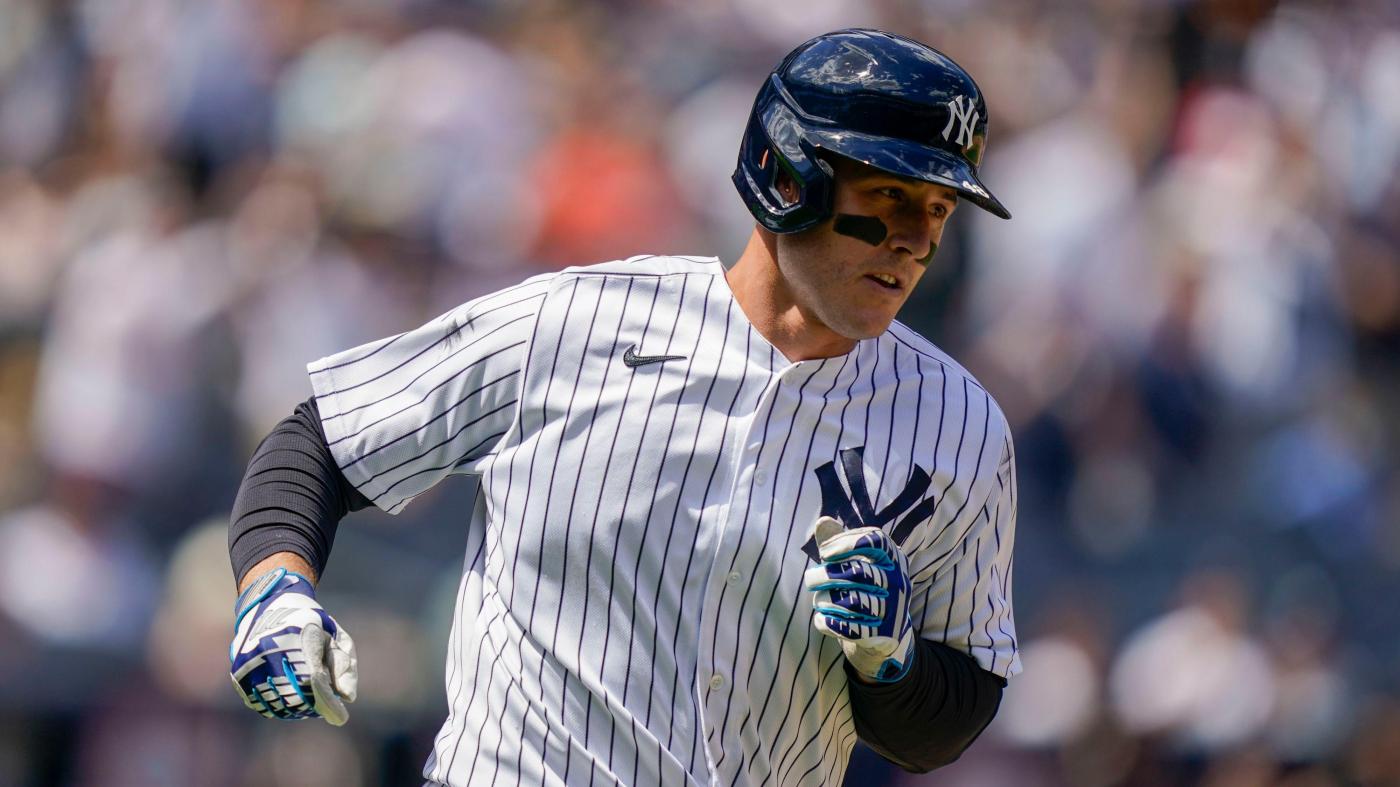 Anthony Rizzo never envisioned the Chicago Cubs would tear everything down so quickly.

Rizzo endured the Cubs rebuild the first go-around, becoming a cornerstone piece en route to a World Series title. But there is a reason he’s now wearing New York Yankees pinstripes and was sitting in the home dugout reminiscing about his time with the Cubs before his new team team eked out a 2-1 win in 13 innings Friday night.

“I didn’t think that was going to happen the way it did, but in this game it’s really hard to win,” Rizzo said. “And as a player, as coaches, I think as you get a little farther away from the dugout and you see it from more of a computer standpoint, on paper, why didn’t teams win more? I could see why it’s frustrating. But on the field and in the clubhouse — I just think it’s a lot harder on the field than ever looks off (it).

“We did everything we could do every year with what we had. Those years are going to be some of the best years of my baseball life.”

Rizzo believes baseball is better when big-market teams like the Cubs are always competing to win with a high payroll.

“It’s just a different year than the normal standard that we created there over the last seven years,” Rizzo said.

Rizzo looks forward to returning to Wrigley Field someday. This weekend series being played at Yankee Stadium makes it less emotional for Rizzo to play his former team, a roster that doesn’t feature too many familiar faces after last year’s overhaul. As Rizzo discussed what it has been like seeing new players called up and getting opportunities to impress the Cubs, it’s clear he has paid attention since departing Chicago. He referenced P.J. Higgins hitting his first home run and Frank Schwindel’s 2021 success and how he bounced back this year after his short option to the minors.

Rizzo’s close friendships with Ian Happ and Jason Heyward play a role in staying up on happenings with the Cubs.

“It’s fun to see it,” Rizzo said, “because you have guys that are grinding in this game for a while and they’re getting an opportunity, and opportunities in this game when you get older are not easy to come by.”

Going through another rebuild after 10 years with the Cubs might have been tough, and clearly Rizzo landed in a great spot with a Yankees team that currently owns the best record in baseball.

As Rizzo reflected on the timeline of the Cubs’ first rebuild, he recalled how there was a sense that the 2014 trade deadline would be the last time they would be sellers. In the offseason, the Cubs hired Joe Maddon and signed left-hander Jon Lester.

“I mean, it felt far away until it didn’t,” Rizzo said. “But we just knew some way, somehow, that in ‘15, we were going to be good and we really got on a roll there and rode that for a lot of years.”

This time next year catcher Willson Contreras could be in Rizzo’s spot, reminiscing about the organization that has defined his baseball career. Contreras’ contract situation for 2022 was finally settled Thursday when he avoided an arbitration hearing by agreeing to a one-year, $9.625 million contract.

The Cubs reached out to Contreras’ agent Wednesday about making a deal. Contreras said the arbitration hearing could’ve had an impact on him because of everything both sides would have said during it, so he is glad they struck a deal.

“I’m really happy with the results that we got,” Contreras said. “I think both sides won.

“I’m looking forward to seeing (Jed Hoyer) and thank him for how everything went.”

No contract extensions were brought up between the two sides. As for whether the Cubs initiating contact with Contreras’ agent gives him any hope the team will engage him in extension talks, Contreras replied, “Who knows?”

“I’m not focused on that,” he said. “I’m focused on playing my season the way I’ve been playing, keep helping my teammates, whoever needs my help I’ll be there, lead the team the right way and I’m just going to keep going.”