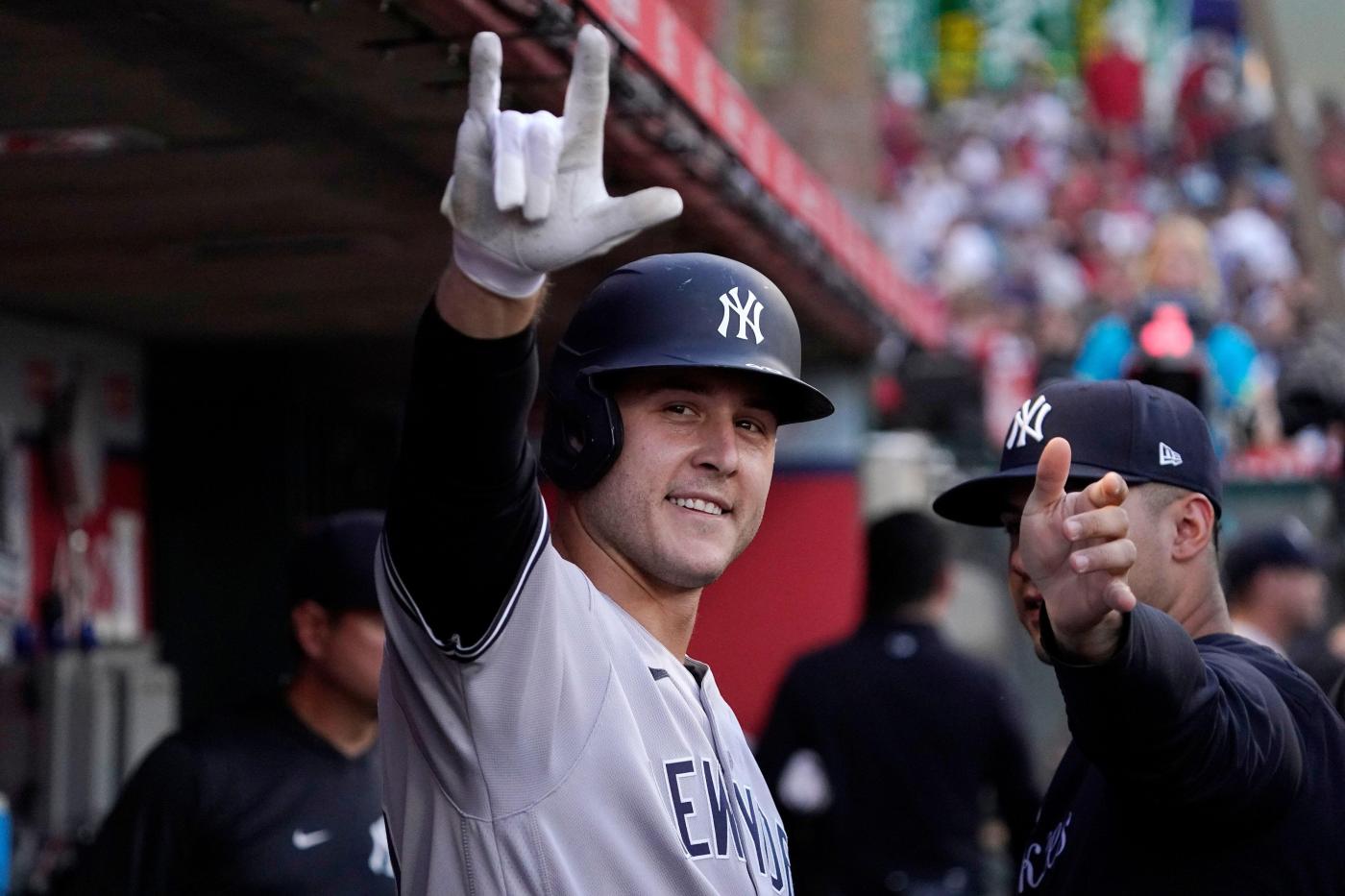 With October creeping closer and the AL East picture beginning to clear up, the Yankees’ next order of business is getting healthy.

The Bombers still have multiple key pieces on the injured list — ranging from starting pitching, relievers and big boppers — and if the Yanks want to make a deep run into October, they’re going to need most if not all of them back.

The good news for Aaron Boone’s club is that one of their crucial pieces plans to return very soon.

Anthony Rizzo spoke with the media in Boston before Tuesday’s game at Fenway Park and said he will not play against the Red Sox during this quick two-game series, however, he plans to return in one of the next two upcoming series (at Milwaukee or back home against the Pirates).

The first basemen has been recovering from headaches he suffered after receiving an epidural to relieve back pain. Rizzo underwent a blood patch procedure that immediately relieved his symptoms.

Rizzo has not been in the lineup since Aug. 30 against the Angels when he hit his 30th homer of the season. He is slashing .225/.339/.493 in 117 games this season. The 33-year-old has missed multiple games this season due to back issues.

Reliever Scott Effross threw a bullpen on Tuesday as he works his way back from a shoulder strain. The 28-year-old will need to remain pain free Wednesday before he can schedule a session against live hitters.

Prior to Saturday’s game against the Rays, Boone said that Effross returning during the next Yankee homestand beginning on Sept. 20 is a realistic scenario.

Effross owns a 3.24 ERA in eight appearances with the Yankees.

The Yankees are promoting second-ranked prospect Jasson Dominguez to Double-A Somerset. Since being promoted to High-A Hudson Valley, the 19-year-old is slashing .306/.397/.510 including a multi-homer game. In 115 games between both Single-A levels, the centerfielder blasted 15 homers and stole 36 bases.

Dominguez is MLB Pipeline’s 42nd overall prospect. Somerset has just six regular season games remaining before their postseason begins which could continue until Sept. 28. If Dominguez performs in Somerset to end the season, his career in the Bronx could begin sooner than his projected 2024 arrival.

Frankie Montas will take the mound in the second game of this two-game set vs the Red Sox on Wednesday. Montas’ Yankee career has gotten off to a shaky start. The right-hander owns a 5.94 ERA in seven starts since being acquired from the Oakland A’s.

Brayan Bello will be the starter for Alex Cora’s club on Wednesday. The 23-year-old is in the midst of his rookie season and has not gotten off on the right foot. Bello has recorded a 5.79 ERA in nine appearances (seven starts) for the Red Sox.