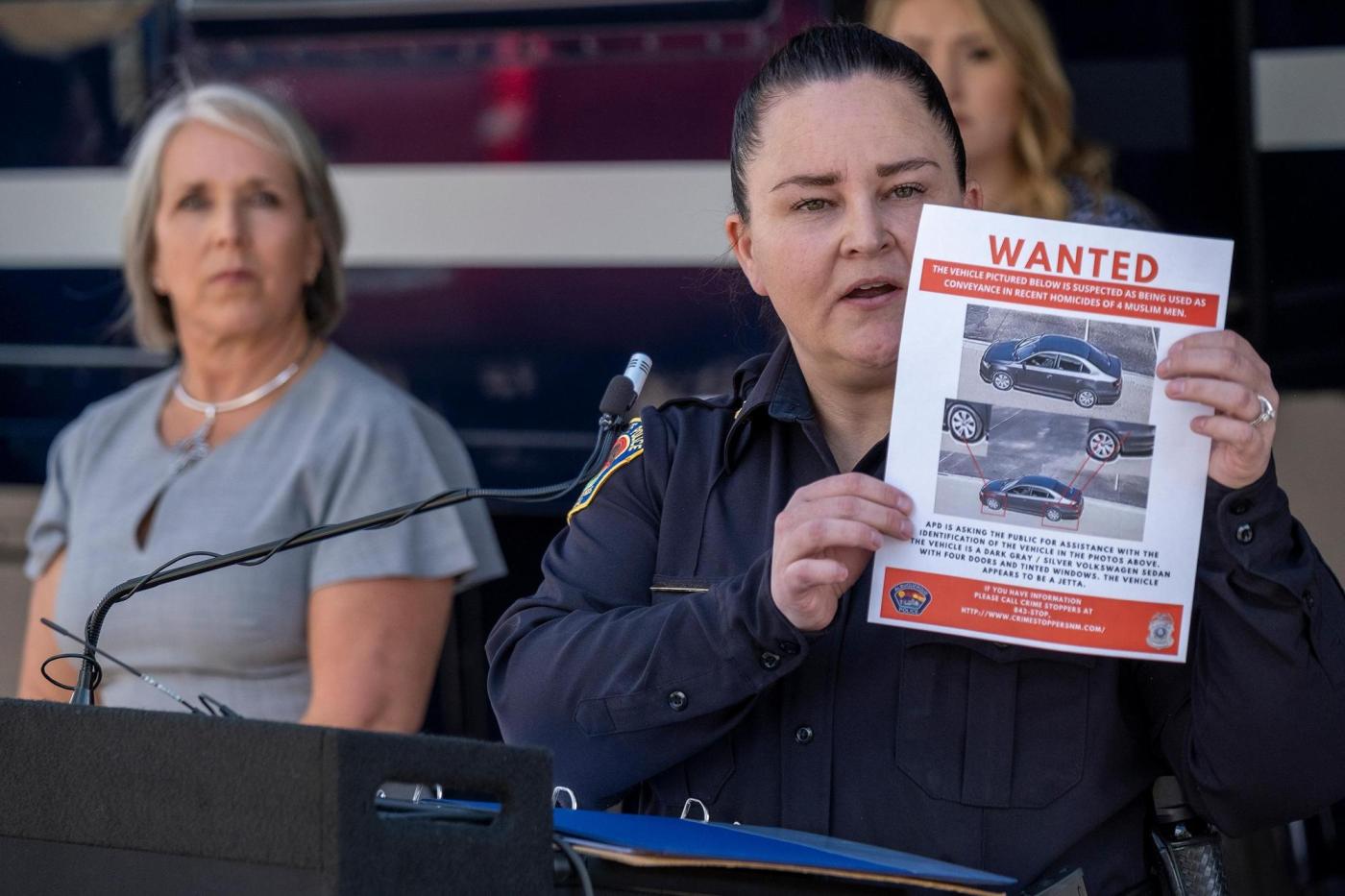 Authorities on Monday identified the fourth victim in a series of killings of Muslim men in New Mexico’s largest city as the deaths sent ripples of fear through the Islamic community nationwide.

Law enforcement officials are also seeking help to find a vehicle believed to be connected to the Albuquerque slayings where the common elements were the victims’ race and religion, officials said.

Naeem Hussain was killed Friday night, and ambush shootings killed three other Muslim men over the past nine months. Police are trying to determine if the slayings are linked.

The killings have sent spread fear beyond New Mexico.

“The fact the suspect remains at large is terrifying,” Debbie Almontaser, a Muslim community leader in New York, wrote on Twitter. “Who is next?!”

In a phone interview, Almontaser said that a female friend who lives in Michigan and wears the hijab shared with her over the weekend just how rattled she was. “She’s like, ‘This is so terrifying. I’m so scared. I travel alone,’ ” Almontaser said.

Hussain, 25, was a Muslim from Pakistan. His death followed those of Muhammad Afzaal Hussain, 27, and Aftab Hussein, 41, who were killed in the past week. Both were from Pakistan and members of the same mosque.

The earliest case involves the November killing of Mohammad Ahmadi, 62, a Muslim man from Afghanistan.

Police said the same vehicle is suspected of being used in all four homicides — a dark gray or silver four-door Volkswagen that appears to be a Jetta with dark tinted windows. Authorities released photos hoping people could help identify the car.

“We will bring this person or these persons to justice,” Gov. Michelle Lujan Grisham said Sunday.

Investigators did not say where the images were taken or what led them to suspect the car was involved in the slayings.

“We have a very, very strong link,” Albuquerque Mayor Tim Keller said Sunday. “We have a vehicle of interest … We have got to find this vehicle.”

President Joe Biden said he was “angered and saddened” by the killings and that his administration “stands strongly with the Muslim community.”

“These hateful attacks have no place in America,” Biden said Sunday in a tweet.

The conversation about safety has also dominated WhatsApp groups and email groups that Almontaser is on.

“What we’ve seen happen in New Mexico is very chilling for us as a Muslim minority community in the United States that has endured so much backlash and discrimination” since the 9/11 attacks, she said. “It’s frightening. It’s scary.”

Last year, a poll by The Associated Press-NORC Center for Public Affairs Research conducted ahead of the 20th anniversary of 9/11 found that 53% of Americans at the time had unfavorable views toward Islam, compared with 42% who had favorable ones. This stood in contrast to Americans’ opinions about Christianity and Judaism, for which most respondents expressed favorable views.

Albuquerque authorities say they cannot determine if the recent shootings were hate crimes until they have identified a suspect and a motive.

Hussain was found dead after police received a call of a shooting. Authorities declined to say whether the killing was carried out in a way similar to the other deaths.

Police confirmed last week that local detectives and federal law enforcement officers were looking for possible ties between the killings.

Muhammad Afzaal Hussain had worked as a field organizer for a local congresswoman’s campaign.

Rep. Melanie Stansbury issued a statement praising the urban planner as “one of the kindest and hardest working people” she has ever known. She said he was “committed to making our public spaces work for every person and cleaning up legacy pollution.”