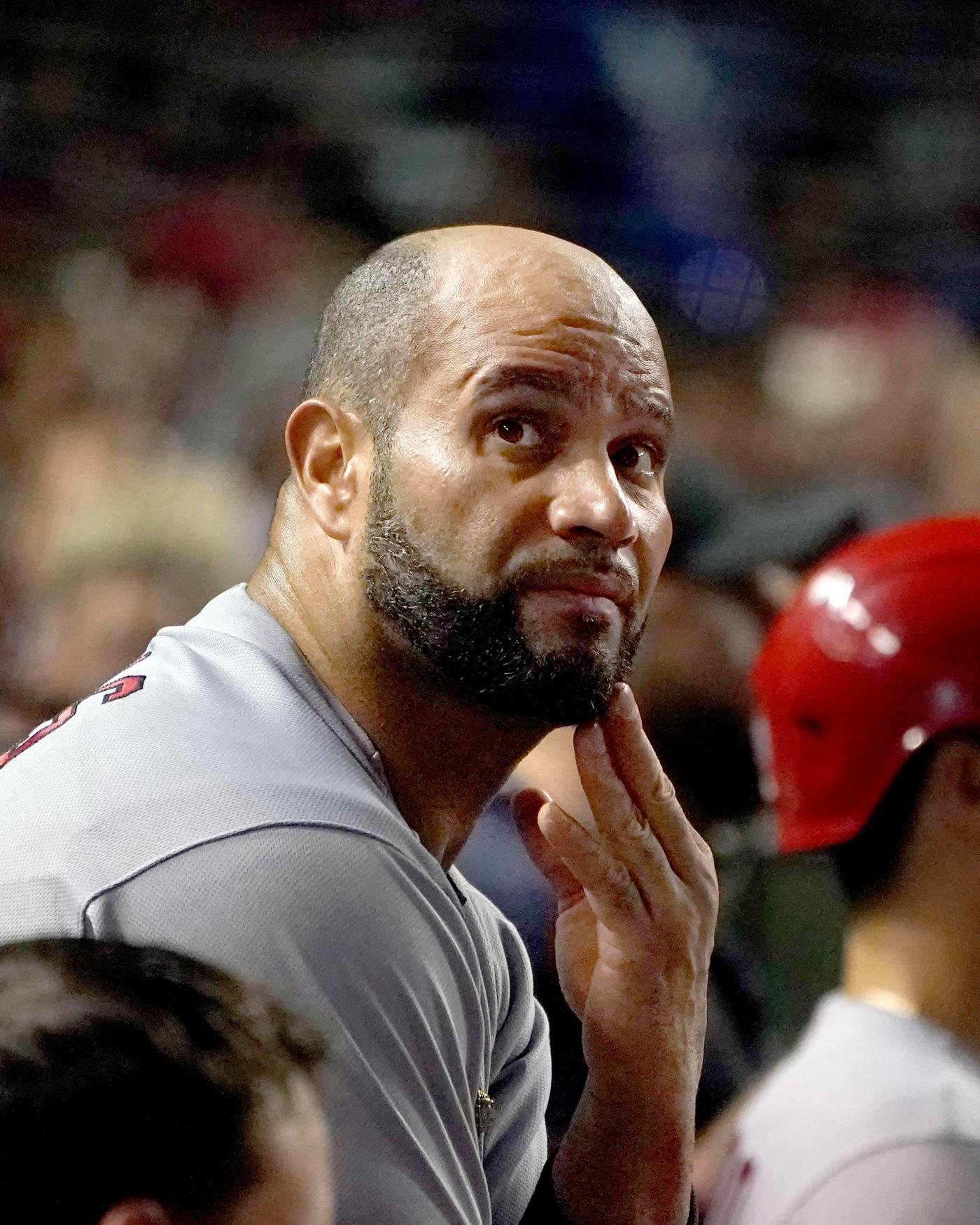 The Chicago Cubs plan to honor Albert Pujols and Yadier Molina on Thursday before their final game at Wrigley Field, a fitting farewell for a couple of retiring St. Louis Cardinals stars who spent much of their careers being booed on the North Side.

Cardinals fans no doubt will be well-represented, and Cubs fans will curb their animosity for a few minutes to pay tribute to their longtime nemeses. Booing one or both remains optional once the game begins, as dictated by Wrigley Field etiquette concerning any member of the Cardinals who frequently destroys Cubs pitching.

The Pujols farewell tour has been relatively low-key so far, as one might expect for a player who seldom called attention to himself during a legendary career. It has paled in comparison with the celebrations Derek Jeter and David Ortiz received in their final seasons, a shame for a player widely considered the greatest slugger of his generation.

Pujols and Molina have been honored in nine ballparks, from Fenway Park to Coors Field, with gifts including checks to their foundations, scoreboard memorabilia, vacation stays and a basket of peaches and peanuts from the Atlanta Braves. Maybe the goodbye party will pick up in the final month, at least for Pujols, as he nears his last regular-season game Oct. 5 at Busch Stadium in St. Louis. Once the postseason begins, assuming the Cardinals hold on to a playoff spot, there will be no time for tributes.

Feting Pujols is rather awkward for teams that still fear his presence. He has shown lately he has something left in the tank at 42, and he probably could handle another season or two if he chose. A late-career statistical jump has made many wonder whether his retirement is written in stone.

“He’s swinging a hot bat and he’s locked in right now in the strike zone, swinging at good pitches,” Cardinals starter Adam Wainwright said Tuesday after the Cubs’ 2-0 victory in Game 1. “He’s also swinging at bad pitches and hitting them out of the park too. That pitch was above his head last night. Couldn’t believe that, even for him. Just a special player.”

Pujols clearly could be a part-time player again in 2023 if he wanted to return. He also could become the fourth member of the 700-homer club with Barry Bonds, Hank Aaron and Babe Ruth if he doesn’t get there in the final five weeks of this season. Entering Tuesday’s nightcap, he was four homers shy of passing Álex Rodríguez for fourth on the all-time list.

But Pujols repeatedly has insisted this is it, no matter how many home runs he winds up hitting. It may sound cool to finish with a nice, round number like 700, and who knows — he could even surpass Ruth’s 714 with another season.

There are a few instances of players coming back from retirement to reach a statistical goal. Early Wynn was out of baseball after the White Sox released him with 299 career wins following a 7-15 season in 1962. But the Cleveland Indians signed him the following June and he notched one more win to finish with an even 300.

And Wynn wasn’t being paid millions of dollars to play, as Pujols would be if he came back.

Retiring on your own terms is important to many players, and age and money aren’t always the primary factors. Houston Astros ace Justin Verlander, who missed almost two full seasons after undergoing Tommy John surgery in 2020, is favored to win the American League Cy Young Award at 39.

Last week I asked Verlander if he felt like he could pitch into his mid-40s.

“Do I feel like it? Right now, yeah,” he replied. “I was always thinking that. Nothing has changed. The only thing that has changed is my appreciation for it now a little more, just knowing it can be taken away from you like that. One pitch in (2020) and my elbow kind of went. It can always be pulled out from under you.

“I think the game will tell me when it’s time to go. I definitely don’t want to be the guy who is hanging on for dear life at the very end. Unless … I guess there is a caveat to that. If I was really close to some really cool numbers, I might hang around to try to achieve something. But who knows what’s going to happen?”

Wainwright, who turns 41 next week, also remains at the top of his game with a 3.11 ERA in 25 starts. He hasn’t said he’s retiring, though many expect him to go out with Pujols and Molina after this season. When I asked Wainwright on Tuesday if he could pitch into his mid-40s if he desired, he hedged.

“You never know. (Verlander) throws a lot harder than I do,” he said. “His stuff is pretty good. He could probably pitch into his mid-50s if he wanted to.”

The decision to leave when you’re still performing at an extremely high level may be the most difficult one for any athlete to make. Wainwright pointed out that his kids are older than Verlander’s, including a daughter in high school.

“I’m not going to miss the high school experience of my oldest daughter and my second daughter,” he said. “I want to be there for that.”

Wainwright then quipped: “And I know what those boys are thinking, so I need to be there to be a speed bump on these guys.”

“But I just want to be there for them,” he continued. “They’ve been there for me my whole career, so I’m not going to play until my mid-40s.”

When he decides it’s time, no statistical goal that may be within reach will change his mind.

“When you get to where we are,” he said, “your most important stat is being a good husband and father first.”