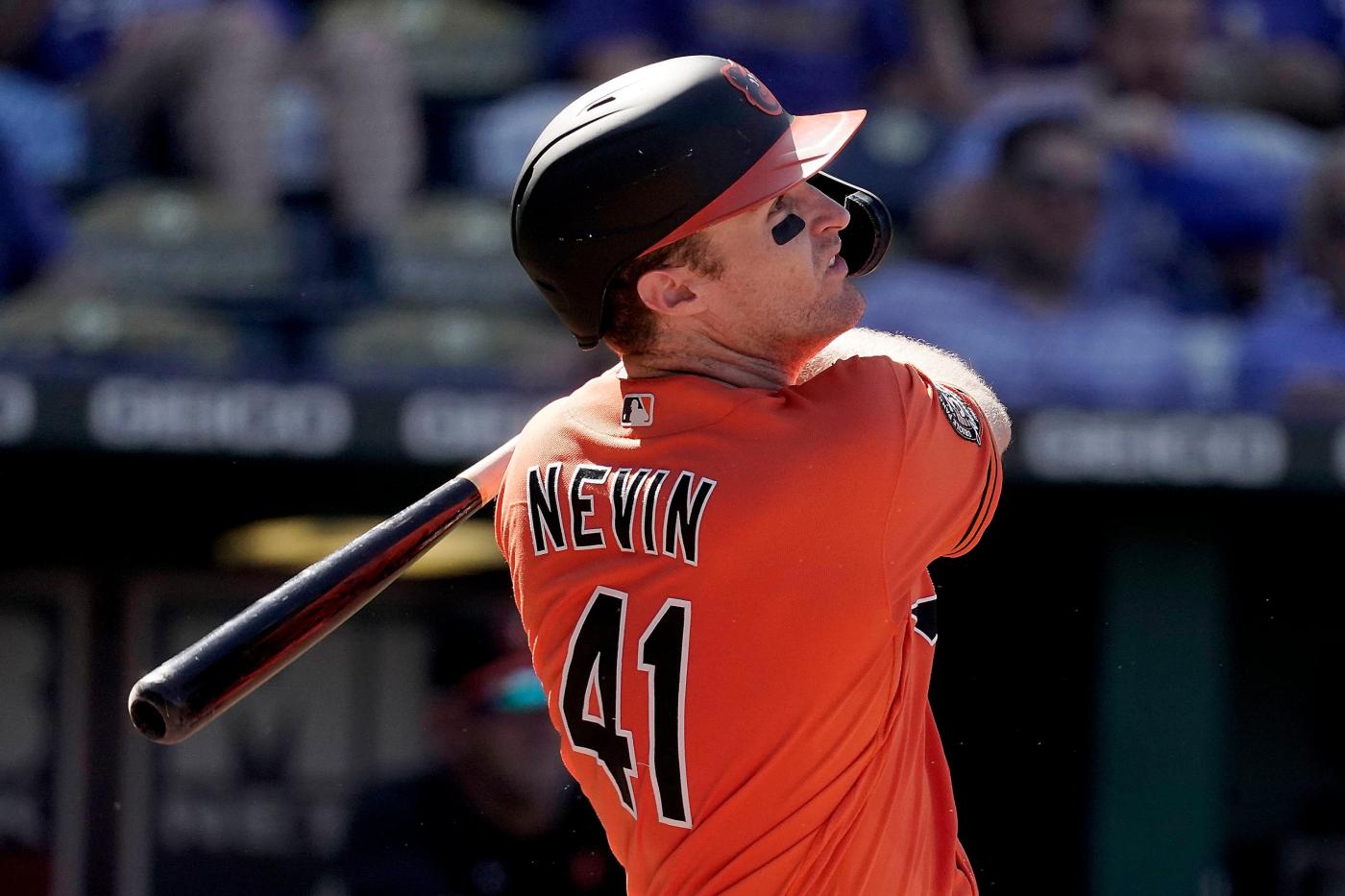 Putting hyperfocus on any individual swing can lead to the type of pressure the Orioles have tried to avoid placing on Adley Rutschman, but there’s no avoiding it — not when all of Baltimore searches for a sign that Rutschman can find his footing at this level.

The top prospect in all of baseball has been in the majors for three weeks. He entered Saturday afternoon’s game against the Kansas City Royals with a .153 batting average and an OPS+ of just 32, with 100 being average. And yet, in his three games in Kansas City, the swings have deserved the intense scrutiny for how good they’ve looked.

Rutschman’s performance Saturday was the best of his three-week-old major league career, as he finished with three hits in the Orioles’ bounce-back 6-4 victory.

There was right-hander Tyler Wells, who delivered Baltimore’s (25-35) first quality start in 10 games. Tyler Nevin blasted the go-ahead, three-run home run in the sixth. But Rutschman was the main attraction.

He’s now shown in three straight days what he can do with a bat in his hands, no matter how small the sample size might be. The 24-year-old displayed such talent frequently in the minors — he hit .295 in 55 Triple-A games across two seasons — but it hadn’t translated in such an observable way before Saturday.

First was a lineout, leaving his bat at 106.2 mph before finding a glove. Then came a double into the right-center field gap, his second straight game with a two-bagger. In the sixth inning, Rutschman lashed a single to left at 110 mph, his hardest-hit ball yet. The latter knock set up Nevin’s three-run blast for a lead Austin Hays added onto one inning later with an RBI single.

And then in his final at-bat, Rutschman turned on a 98.6 mph four-seam fastball for his third double in two days, with the ball leaving his bat at 108 mph. Rutschman later scored on a wild pitch, sliding beneath right-hander Dylan Coleman’s tag.

But beyond Saturday, there was a pinch-hit appearance Thursday that ended with a flyout to the warning track and his double into the right-field corner in the eighth inning Friday. With each swing, a flutter of hope crested, and manager Brandon Hyde would be asked to analyze the intricacies of each. That’s the nature of the beast for Rutschman, with intense focus placed on each contribution.

Lately, those contributions have been more worthy of such attention. And they were part of a revitalized offensive effort that featured the first real signs of what could become a vintage Rutschman display.

At last, a quality start

Hyde called it a “funk,” but it was more than that. It was a string of nine straight games without a quality start from an Orioles pitcher, with Wells last doing so May 30 against Boston.

It took two times through Baltimore’s rotation, but Wells ended that slump Saturday.

>> Right-hander Grayson Rodriguez is scheduled to report to Sarasota, Florida, on Thursday to begin his rehabilitation work after suffering a right lat strain that could end his 2022 season, a source with direct knowledge of Rodriguez’s plans told The Baltimore Sun.

>> Infielder Ramón Urías was placed on the 10-day injured list with a left oblique strain, a similar injury to what he felt last month in St. Louis and Detroit, although in a slightly different spot. Hyde said he hoped Urías wouldn’t miss more than the 10-day designation.

>> To replace Urías, the Orioles selected Richie Martin from Triple-A Norfolk, and he slotted in at second base Saturday. Martin hasn’t made much of an impact at the major league level in his career, hitting .235 in 37 games last season before he was outrighted back to the minors. But Martin has played well for the Tides in 2022, batting .294 with 17 stolen bases.