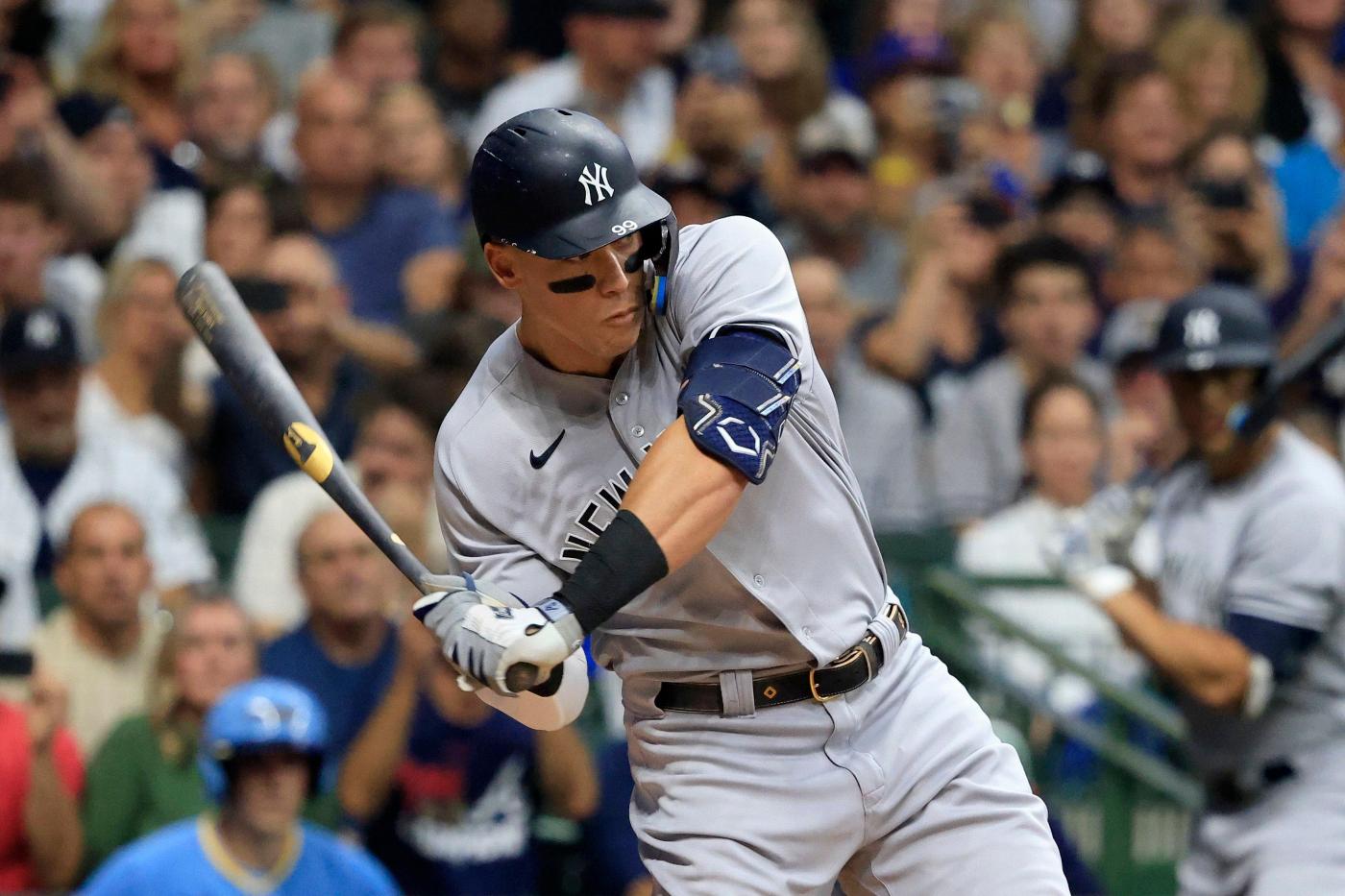 MILWAUKEE — Aaron Judge is three away. The Yankees slugger hit his 58th home run of the season in the third inning against the Brewers Sunday at American Family Field. He is three shy of the American League record of 61 home runs set by Roger Maris in 1961.

Judge had been held without a home run for three straight games. He had flown out in the first inning. In the third, he went down and got a 92-mile-an-hour sinker from Brewers right-hander Jason Alexander and shot it into the second deck of right field. The home run was an estimated 414 feet, according to StatCast.

Judge leads the majors with 58 homers, no other hitter has hit 40 yet this season. He also leads the majors in runs scored (120) and  RBI (124). The 29-year-old, who declined an extension at the beginning of this season and will be a free agent after this year’s World Series, is making a case for a Triple Crown. After his third-inning home run, he was hitting .312 — third best in the AL behind Xander Bogaerts and Luis Arraez.

Judge is considered by some the favorite to win the AL MVP this season, but there are others who consider reigning champ Shohei Ohtani the one to beat. Ohtani is 13-8 with a 2.43 ERA and 196 strikeouts over 148.1 innings pitched. He also has 34 home runs and 89 RBI.

Ohtani told reporters that he is having a better season than his 2021 MVP season. Sunday, Yankees manager Aaron Boone said that’s nice, but Judge is making a historic run.