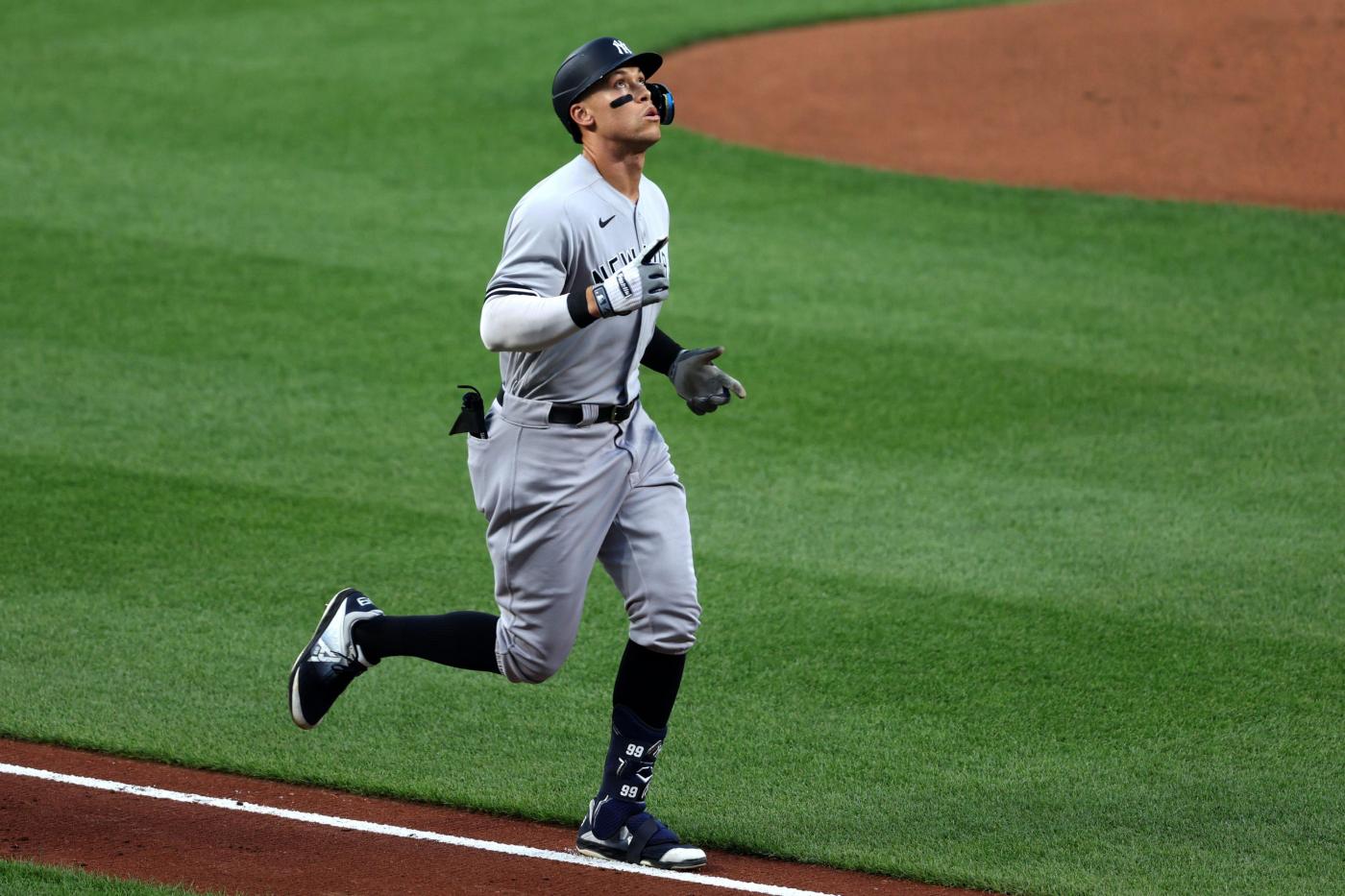 BALTIMORE — The lights were flashing. The music was playing. Aaron Judge had hit 900 feet of home runs and the Yankees had bounced back after dropping a doubleheader to the Astros to hold on for a 7-6 win over the Orioles in Camden Yards Friday night.

But the clubhouse was downbeat.

Michael King, the excellent young reliever who had helped them build the best record in baseball, walked off the mound with what is likely a season-ending elbow injury.  The team did not have an official update after the game, but a source confirmed a report that he suffered a fracture.

The concern was obviously serious that he will miss significant time, likely the rest of the season.

“You try to  say a quick prayer and pray for some good outcome when you come in during the inning, but I saw the same thing happen to (Chad Green)  the last time we were here and then to see this happen it’s never good,” Judge said. “Especially how big of a bullpen piece (King) has been for us. The work he puts in day in day out to get to this position, to be one of our high leverage guys, it’s tough to see. He’s in our prayers, that’s for sure.”

King threw an 82-mile an hour pitch to Ramon Urias in the eighth inning and immediately walked off the mound in obvious pain. He held his right arm gingerly by his side. After the game he went for X-Rays and the Yankees were expecting to make roster moves, Aaron Boone said.

“He’s one of the best pitchers in the league. So hope and pray for the best for King and but I’m not gonna I’m not gonna speculate,” the Yankees manager said.

The first two days after the All-Star Break have raised a red flag on the Yankees pitching.

The right-hander was chased after just 2.2 innings for his shortest start of the season. After walking 12 batters in his first 18 starts of the season, and at most two in a game, Taillon walked the first two he faced Friday night. He ended up walking a season high three. Taillon allowed two earned runs on four hits. He struck out two.

After a solid start to end the first half — six, 1-run, 2-hit innings against the Red Sox — the Yankees were optimistic that he had gotten over his slump.

Friday night, however, was evidence that he’s still searching for fastball command. He threw 67 pitches, 38 for strikes, getting just eight swings and misses, including four on his slider.

Over his last six starts, Taillon has allowed 23 earned runs in 29.2 innings pitched. He has walked six and struck out 24.

While Lucas Luetge gave the Yankees 2.1 solid innings and Clay Holmes got four outs for his 17th save, Aroldis Chapman was hammered again. Chapman gave up a leadoff single to Cedric Mullins, issued a one-out walk to Trey Mancini and Anthony Santander crushed a three-run homer off the lefty to the second deck in left field.

With less than two weeks to the trade deadline, the Yankees have some holes in their pitching staff to address.

But, Friday night, the offense carried them.

Judge’s second shot went 465 feet, his longest this season. His first went just 436 feet. Joey Gallo hit his 12th homer of the season, a solo shot in the sixth which gave him his 24th RBI. That was all overshadowed by King’s injury.

“It was kind of a somber mood here after the game,” said Taillon, who has gone through more than his fair share of injuries. “He’s a hard worker. I know he’ll get back here and get back to the same spot that he was in. But, it’s never easy seeing the guy walk off the field and then think about his girlfriend and family watching and stuff. That’s not easy for anyone to see. So it’s tough.”