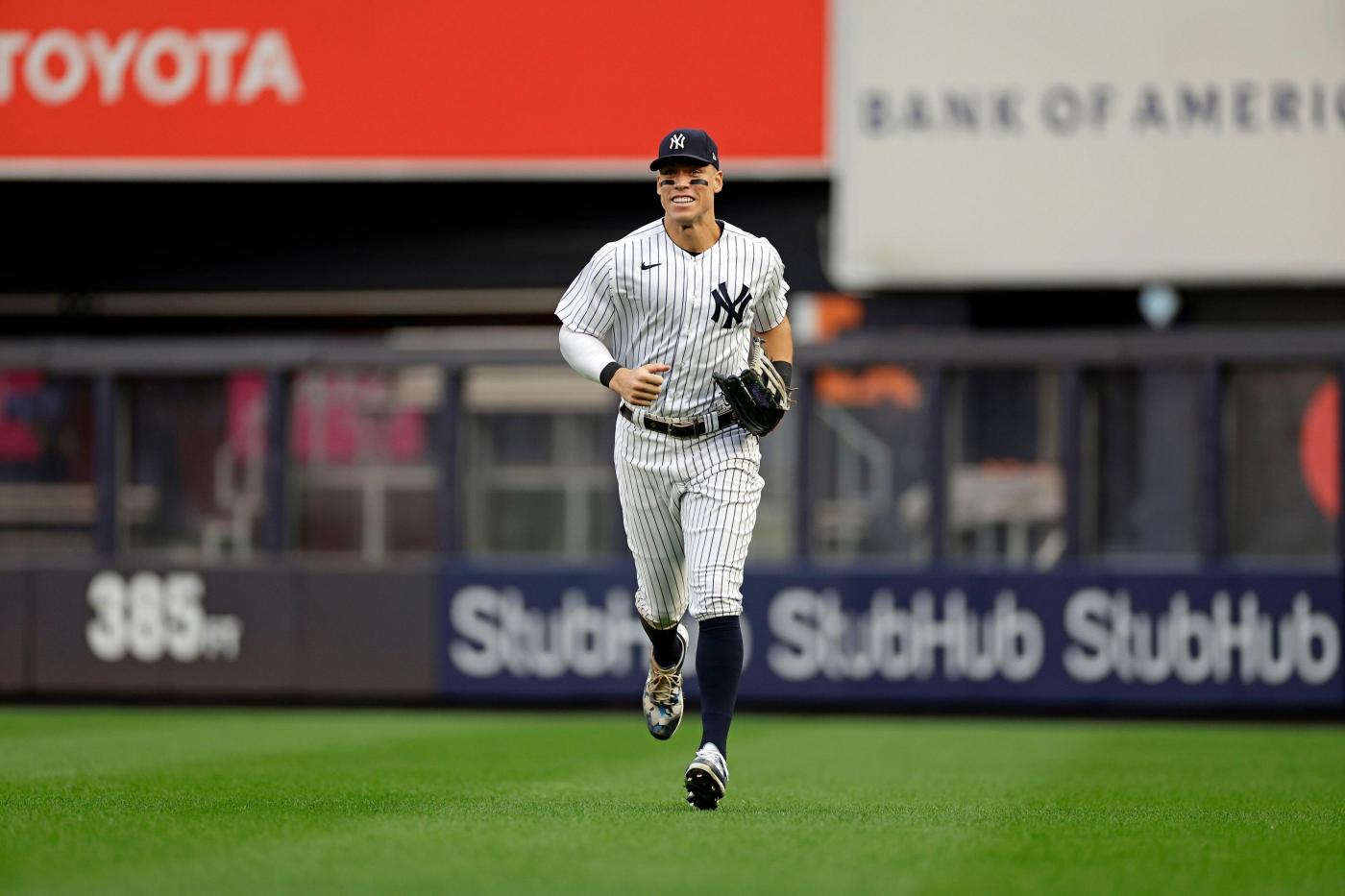 While everyone in the baseball world is focused on 62-watch, Aaron Judge has other numbers he’s chasing as well. The Yankees slugger, who has a major league leading 61 home runs heading into Sunday’s regular season home finale, is not just trying to break Roger Maris’ American League and franchise record in these final games of the season.

Judge went into Sunday’s game just two points behind Minnesota’s Luis Arraez for the AL batting title, which would give him the first Triple Crown in baseball since 2012.

Judge was in the lineup again on Sunday, Arraez was not. It is something that Aaron Boone said that he is constantly aware of and will consider as he plans out his lineups for the last few games.

“I mean, I keep an eye on all of it. But I don’t have anything planned as of now,” the Yankees manager said before Sunday’s game against the Orioles. “He’s in there today. And you know, obviously we have a lot to play for from an individual standpoint, so we’ll be mindful and paying attention to all that.

“But that could change everyday.”

Boone thinks that Judge’s chase for 62, the batting title being in reach and the chance to become the second man to win Triple Crown in the last 50 years has been good for the team overall.

As expected, Matt Carpenter is not ready to play in the final regular season series of the season against the Texas Rangers. The slugger, who fractured his left foot in August, is still planning to return in the playoffs. He was moved to the 60-day injured list Sunday, a move the Yankees had to make to fit Sunday’s spot starter Chi Chi Gonzalez on the 40-man roster. Carpenter was also sent to Somerset, N.J. where he will work out with the Yankees’ select minor leaguers and big leaguers like Wandy Peralta to get back for the playoffs.

Right now, the Yankees are just hoping to get Carpenter’s lefty power bat back in the lineup so he won’t even work out in the field.

“Probably not initially, but we’ll see how he continues to do. He ran yesterday and I know that went well. So we’ll see,” Boone said. “The biggest thing is we just want him to start getting bats. And you know, between now and the start of the Division Series, when we get back he should be able to rack up a number of live at-bats.”

One of those pitchers that will be at the Double-A team site is Peralta, who is rehabbing from “spine tightness.” When he was placed on the injured list, Boone had said they could potentially get him back for the series in Dallas against the Rangers.

But they can control his workload better at the alt site.

“He’s good. He’s doing well. It was more like do we want to get them in one game there or just have him [throw] live [at-bats]. You got to kind of create a roster spot which gets a little dicey. So in the end, we decided on, he’s good to go live and then, he’ll get another one or two prior to the Division Series,” Boone said.

The Yankees will keep their taxi squad in Somerset at least until they begin the Division Series on Oct. 11. That will include several pitchers, but not Miguel Castro, who is expected to be activated on Monday and Albert Abreu.

“We have about eight or nine guys there. Couple of lefties and then six or seven righties down there,” Boone said. “We’ll be able to use it not only this week while we’re gone but when we get back too.”

With the first-round bye, the Yankees will have five days between the end of the regular season and the start of their playoffs. They will have workouts at the Stadium drawing from that pool in Somerset.