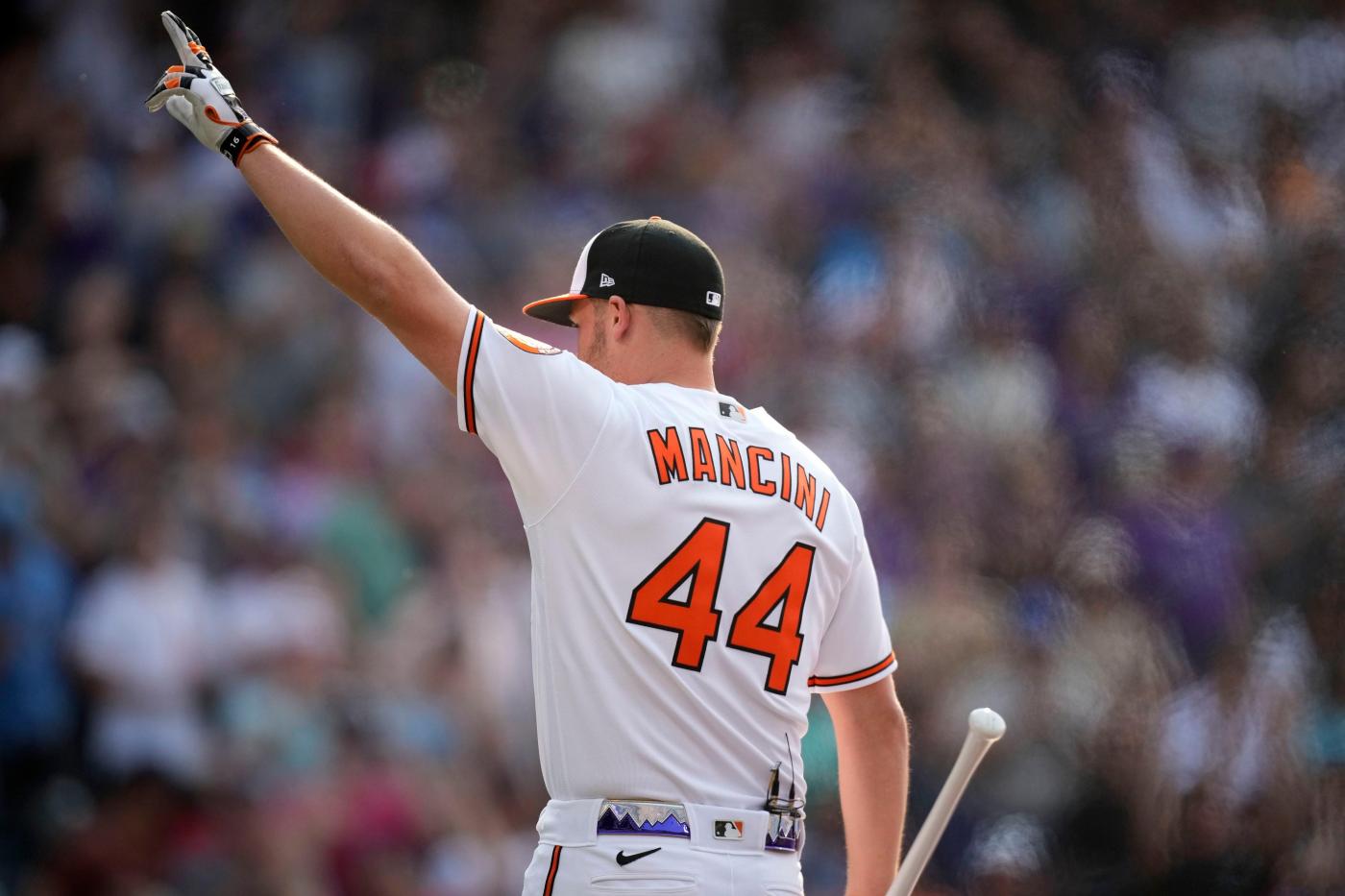 In recent weeks, this always seemed a possibility. As Trey Mancini came to terms with the idea of a trade, he tried to soak in his final homestand last week at Oriole Park at Camden Yards in Baltimore, cherishing the six years he’d spent in Baltimore.

And now, with Mancini headed to the Houston Astros as part of a three-team trade, the chance to take in his surroundings during that final homestand was opportune ahead of Tuesday’s trade deadline as he recalled the moments that made him a fan favorite in Baltimore.

“He’s known for the last year and a half really that he’s been the subject of trade speculation and that this was a possibility,” executive vice president and general manager Mike Elias said Monday after announcing the trade. “He’s very, very proud of what he’s accomplished, what he means for this city, what he’ll always mean for this city, and what he helped this team do to — we hope — turn the corner.”

There are plenty of standout moments to choose from, but here are five of the most memorable moments that made Mancini such an integral part of the Orioles’ clubhouse since his debut in 2016.

Back in 2016, with the No. 67 on his back for his major league debut, Mancini’s mom jumped for joy at Camden Yards. So did the rest of the fans there to see the beginning of Mancini’s big league career.

Promoted from Triple-A to the Orioles, Mancini earned his first start as a designated hitter on Sept. 20. And in his second at-bat, Mancini blasted his first career home run off Red Sox left-hander Eduardo Rodriguez into the bullpen. He didn’t remember much from rounding the bases, he said afterward, lost in the amazement of the moment and thoughts of his grandfather.

The day Mancini made his debut would’ve been his grandfather’s 79th birthday. Michael Ryan, a 20-year Orioles season ticket holder, died four years earlier and never saw Mancini play for his hometown Bowie Baysox — or the team he rooted on for two decades.

During a slump in 2018, Mancini hung with Baltimore sports superfan Mo Gaba during the All-Star break. He had already bonded with the Ravens and Orioles supporter, who had spent much of his 14 1/2 years battling cancer, but that time offered Mancini a better perspective on life — and baseball.

When Mancini received his own cancer diagnosis — stage 3 colon cancer in 2020 — he often reflected on how Mo handled his diagnosis, still finding time for a smile and laughter.

On the one-year anniversary of Mo’s death on July 28, 2021, Mancini saw Mo’s mother, Sonsy. She told him to “play hard for Mo and hit one for him,” Mancini recalled at the time. And that’s what he did.

After his home run, Mancini waved toward Mo’s family in the stands.

“After I did hit the home run, I wanted to wave to her there, and it was a really cool moment,” Mancini said. “I definitely felt him with me.”

The Orioles overcame a five-run deficit to walk off the Miami Marlins, 8-7, that night.

Return from cancer in spring training

As soon as Mancini finished his final chemotherapy treatment at the end of a 12-round, biweekly regimen to combat his colon cancer in 2020, his thoughts immediately shifted toward baseball. He had lost weight during those treatments. He looked in the mirror and didn’t recognize himself as a professional ballplayer.

He was determined to get back into baseball shape again, even though Mancini later reflected how the rush to return was a detriment.

“I was coming off a career year in 2019 and had finally gotten to this point I had to really work hard for, and to be 28 and for that to happen to you, there was certainly bitterness and anger there,” Mancini said in May. “I kind of pushed that to the side and started working out and tried to act like it didn’t happen.”

Mancini would come to grips with all he went through during the offseason after the 2021 campaign, but his determination led to a stunning comeback. In Sarasota, Florida, for spring training that season, Mancini received a standing ovation that lasted nearly a minute ahead of his first at-bat in nearly a year. And then to cap that at-bat, Mancini drove a single into center field.

With that, Mancini was back.

He finished second, but the fact he was there at all — clobbering home runs into the night sky in Denver at Coors Field — meant more than a Home Run Derby crown. Mancini’s participation in the showcase event a year after missing the season due to cancer was nearly as memorable as the spring training at-bat that began his comeback tour.

But to have it during All-Star week, with the eyes of the league upon him, only raised the attention to his comeback and all that he had accomplished.

By beating the Oakland Athletics’ Matt Olson and the Colorado Rockies’ Trevor Story to reach the final against the New York Mets’ Pete Alonso, Mancini proved he belonged on that stage. The then-29-year-old hit 24 homers to beat Olson, 13 to beat Story and posted 22 against Alonso.

“I’m just trying to appreciate everything all day, but there are nerves early on, I’m not going to lie,” Mancini said on the television broadcast after the event. “Being in this atmosphere is incredible, especially considering where I was a year ago. I was two months out from finishing treatment. I’m really, really appreciating this a lot.”

Looking over his shoulder as Mancini recalled the absurdity of it all was a figurine depicting Mo Gaba, placed in a prominent location of Mancini’s locker. On the second anniversary of Mo’s death, the Orioles superfan had made his presence felt once again.

There was an understanding around the park on Thursday when Mancini strode to the plate in the eighth inning that it could be his final at-bat as an Oriole at Camden Yards. The ball he hit carried, although Tampa Bay Rays right fielder Josh Lowe coasted back to track it.

Then the sun came out. The ball ricocheted off Lowe’s cheek, rolled deep into the right field corner, and Mancini was off to the races. He chugged around the bases and slid into home for the first inside-the-park homer at Camden Yards in 11 years.

Between the trade speculation and it occurring on Mo Gaba Day, the significance of the moment seemed a fitting sendoff for all Mancini has done in Baltimore.

“That was absolutely insane,” Mancini said. “I’d like to thank Mo. He had a hand in it. That was crazy.”