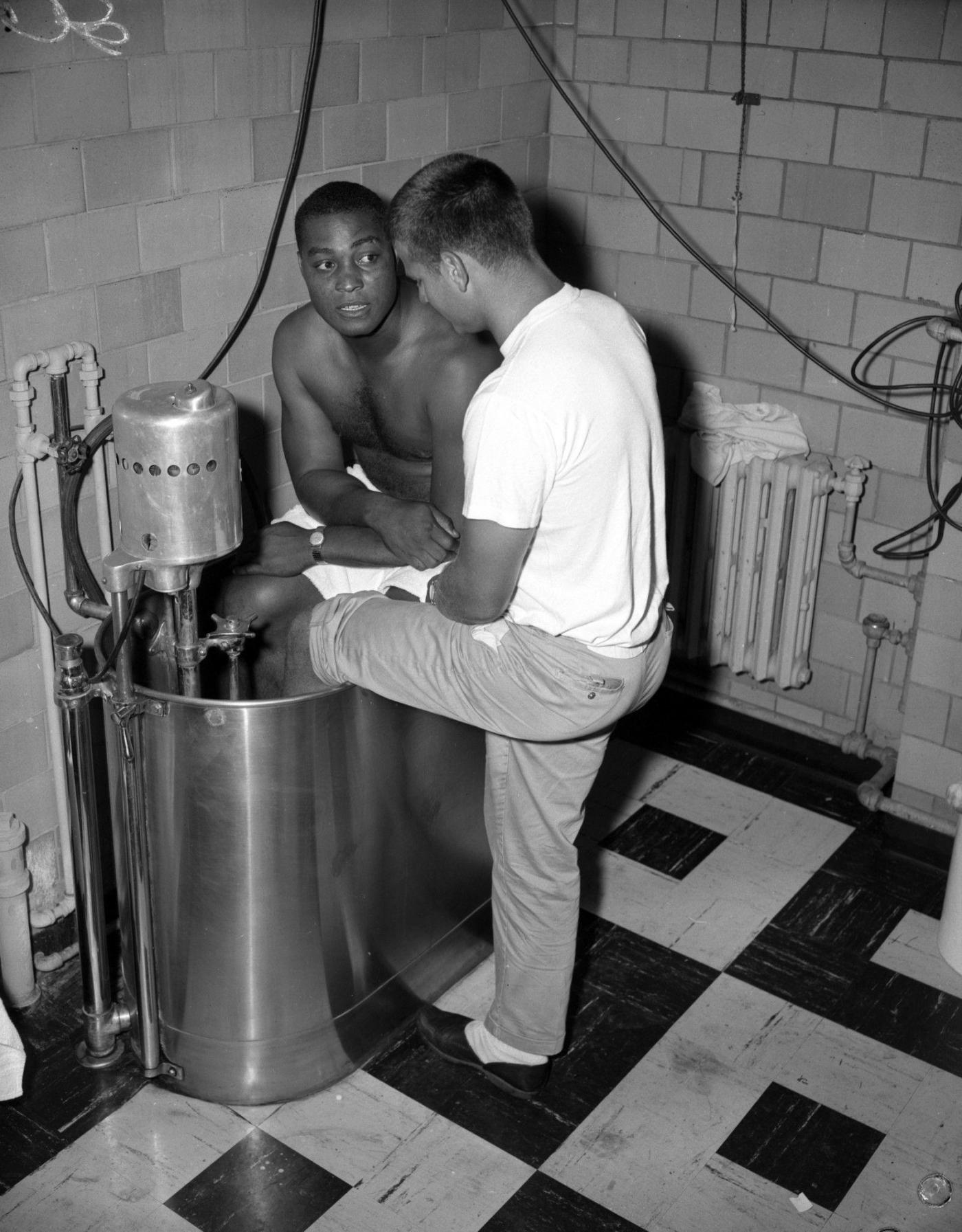 The Chicago Bears completed their third practice of training camp Friday in Lake Forest with plenty of notable moments occurring on the field and in the news conferences afterward. Here are three things we learned from the proceedings.

1. Jaquan Brisker’s instincts and ball skills continue to show up.

When fellow rookie defensive back Kyler Gordon intercepted a pass from Justin Fields in the red zone on the first team rep of practice, Brisker made a mental note. “Yeah,” Brisker said with a wide smile, “I pay attention. Once he got that first one I was like, ‘I gotta get one now. I gotta get one.’ ”

Brisker later made a red-zone pick of his own, disguising his coverage and then making a decisive break on a Fields pass to tight end Cole Kmet near the goal line.

“Cole crossed my face,” Brisker said. “So I just took my eyes to his hips. And then once I saw him getting ready to catch the ball I jumped in front of it. Made sure I caught the ball and just took it upfield.”

With full momentum, Brisker was gone up the left sideline.

“I felt like I was back in high school,” he said. “I just wanted to get that ball back in my hands.”

After an impressive spring, Brisker continues to earn the confidence of his coaches with his feel for the game and knack for making plays. Bears coach Matt Eberflus has made it clear Brisker is in line to be a Week 1 starter and has trust that the safety’s practice production will carry over into games.

“You can just see it,” Eberflus said. “I’m a guy who looks at ‘gear change,’ where he can really speed up, and then (exhibit) body control after he does that to make plays. He has that.

“You have to be able to do that in the open part of the field. Some guys are fast but they don’t know how to control their body to make the plays. He has that great body control.”

2. Running back David Montgomery is expecting his first child in January.

Montgomery volunteered that information Friday, citing it as an added motivation for him to continue pushing to get the most out of himself during his NFL journey. Serious and ultradriven since well before he was drafted, Montgomery’s tone-setting work ethic now has added incentive.

“I’m excited to be a dad,” he said. “So it’s just being sure I’m the best version of myself for my girl and also being prepared to be the best father I can be too.”

Montgomery is entering the final year of his rookie contract and coming off a 2021 season in which he contributed 1,150 yards from scrimmage with seven touchdowns. A left knee sprain cost him four games in October, and his yards-per-carry average dipped from 4.3 in 2020 to 3.8 last season. Still, Montgomery figures to play a major role in the offense and is preparing like he always has, hardly affected by the new coaching staff’s continued praise of his professionalism.

“It’s definitely good that someone recognizes it,” Montgomery said. “At the same time it’s just (about) being a pro and it’s just what I’m supposed to do. You don’t get treats or coupons for being a pro. It’s either you’re a pro or you’re out of the NFL. I think I want to pick being a pro.”

Montgomery said Eberflus’ constant emphasis on hustle and intensity has been welcome but that, personally, he has other means to sidestep complacency as well.

As for any concerns about earning his second contract?

3. Eberflus has little intention of publicly sharing information regarding injuries.

Eberflus acknowledged that center Lucas Patrick will be out indefinitely with what he would only say is a right hand injury. Patrick is expected to need surgery, sources told the Tribune.

That’s an early glimpse into how the coach plans to handle injury information — with his foot on the gas in the express lanes of the Evasive Highway.

Offensive tackle Teven Jenkins, for example, missed his second consecutive practice Friday, and Eberflus wouldn’t say whether the absence was injury or illness related or something else altogether.

“He’s working through something with the trainers,” Eberflus said.

Eberflus was similarly elusive about cornerback Thomas Graham, who has yet to be on the practice field this week. “He falls in that same category,” Eberflus said. “We’re not going to comment on the injury or anything like that.”

Pressed for reasoning behind that approach, Eberflus cited “competitive advantage.”

In the case of Jenkins, Eberflus was reminded that the second-year offensive tackle missed all of training camp and the first 11 games of last season after suffering a back injury that required surgery. So two absences in the first three days of camp elevates the concern for some fans.

“I understand the levels of concern,” Eberflus said. “I get that. That doesn’t make me disclose information, though.”