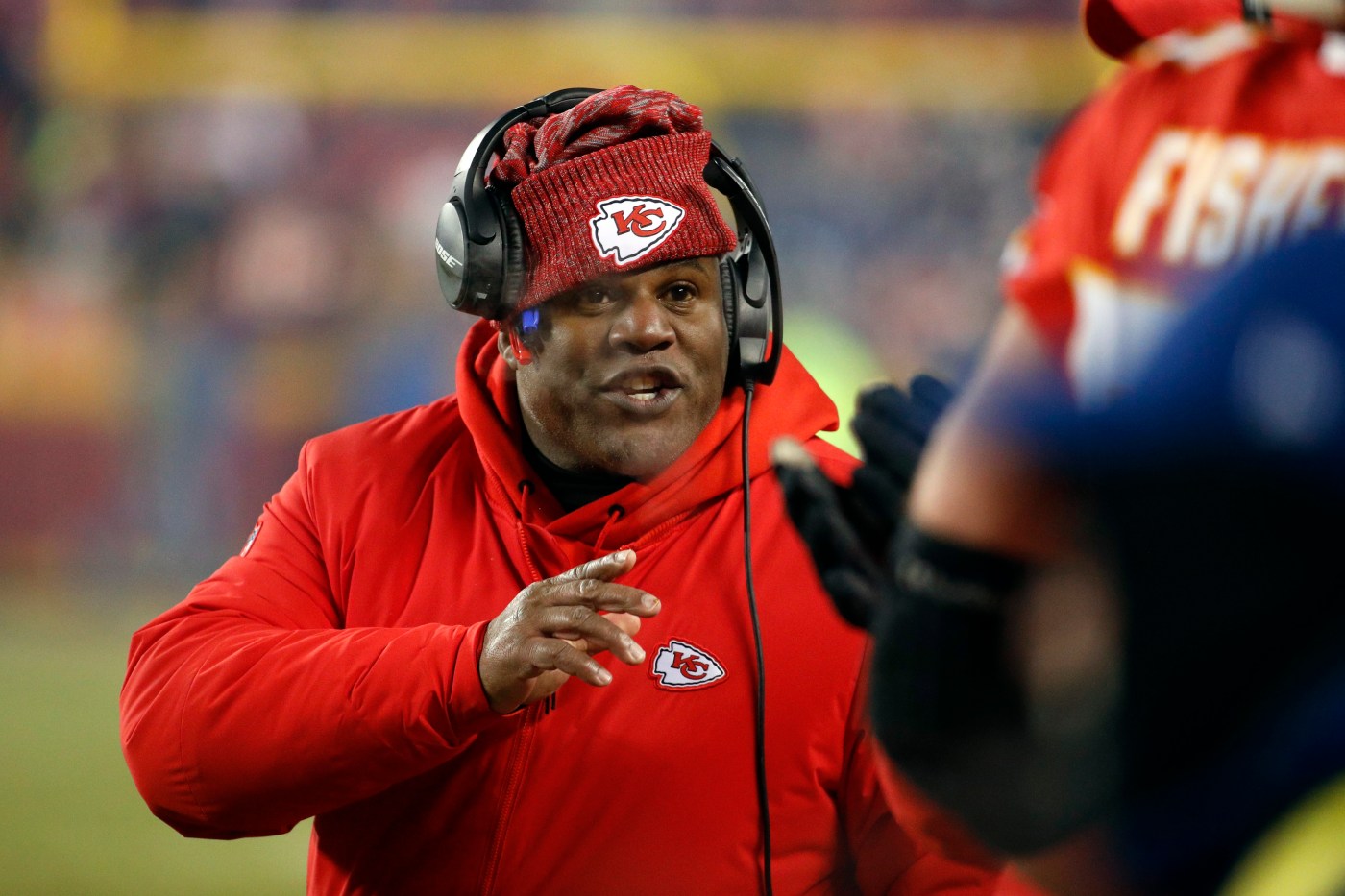 Once again, the CU Buffs are looking for a head football coach.

Karl Dorrell was dismissed Sunday afternoon after his team started the season with five consecutive losses by 20-plus points. The Buffs went 4-15 over his final 19 games. Translation: Whoever inherits the program will have a lot of work to do.

The good news: Unlike when athletic director Rick George hired Dorrell in February 2020, less than two weeks after Mel Tucker bailed for Michigan State, whoever hires the Buffs next coach will have plenty of time to find the right person for the job. Here are a few candidates — some aspirational, others more realistic — the Buffs should consider:

Eric Bieniemy, Kansas City Chiefs offensive coordinator: The former Buffs running back didn’t exactly light the world on fire in his first coaching stint in Boulder — as offensive coordinator during the woeful Jon Embree era. He also didn’t bite when CU reached out after Tucker bolted in 2020. But any alum who’s spent the past nine years learning under offensive wizard Andy Reid should get a call.

Troy Calhoun, Air Force head coach: Calhoun’s name was bandied about the last time the Buffs head coaching job came open, but nothing came of it. As much as he might be associated with the triple option from his days with the Zoomies, Calhoun was once an NFL offensive coordinator, so there’s plenty more in his bag.

Jamey Chadwell, Coastal Carolina head coach: Looking for a young, up-and-coming coach with an innovative offense? The 45-year-old Chadwell is the guy. His modern twist on the triple-option has taken the Sun Belt by storm — and will have him in high demand during this hiring cycle. While it’s unlikely CU could lure him from the South, where he’s spent his entire coaching career, it never hurts to ask.

Matt Entz, North Dakota State head coach: It’s rarely a bad idea to hire someone who spent time running the NDSU football factory. Craig Bohl has worked out well for Wyoming, while Chris Klieman is currently putting up a heck of a national coach of the year bid with his work at Kansas State. A defensive coordinator by trade, he’s guided the Bison to a 41-5 record through three-plus seasons.

Josh Gattis, Miami (Fla.) offensive coordinator: The 2021 Broyles Award Winner is green — he turned 38 this past January — but the resume includes stints under Jim Harbaugh, Nick Saban and James Franklin. He was 247Sports’ No. 29 recruiter nationally in 2022 and was reportedly a finalist for the Virginia job.

Jim Leonhard, Wisconsin defensive coordinator: It’s only a matter of time before the former NFL and Badgers safety gets a program of his own. It might well be the Badgers, the way Paul Chryst’s season has gone off the rails, but he’s more than worth a call. He’s coordinated a top-10 defense nationally in four of his past five full seasons.

Dan Mullen, ESPN broadcaster: Dismissed by Florida a year ago, Mullen remains a brilliant offensive mind who followed Urban Meyer during his rise from Bowling Green to Utah to Florida. His problem with the Gators? Mullen was perceived as being disinterred in recruiting. But his offenses at Florida and Mississippi State were electric.  And his record (103-61, seven bowl wins) speaks for itself.

Bill O’Brien, Alabama offensive coordinator: Put aside the end of his tenure with the Houston Texans, and focus on the work he did rebuilding a Penn State program (15-9) ravaged by the Jerry Sandusky scandal. O’Brien has won everywhere he’s been — even Houston (52-48, four playoff trips). But would an offer from CU be enough to pry him away from Tuscaloosa?

Matt Rhule, Carolina Panthers head coach: The jump to the NFL has gone poorly for Rhule. But the 47-year-old worked wonders reviving the Temple and Baylor programs. So, pretty much the exact same thing he’d need to do at CU.

Jonathan Smith, Oregon State head coach: An extreme long shot, but shoot your shot, CU. Smith was offensive coordinator when Washington went to the CFP, and has methodically built OSU into a competitive program. Why would the OSU alum leave Corvallis for Boulder? The possibility that this latest round of realignment ends with the Beavers in the Mountain West.

Jeff Traylor, Texas-San Antonio head coach: Want to reopen the pipeline to Texas talent? Traylor, who’s transformed the Roadrunners into a Conference USA power, could do just that. Once named the Big 12 Recruiter of the Year during his time as a Texas assistant, the 54-year-old knows how to lure top talent.

Brent Vigen, Montana State head coach: An offensive coordinator under Craig Bohl at North Dakota State (2009-13) and Wyoming (2014-20), Vigen got his first head coaching job at Montana State in 2021 and promptly led the Bobcats to the FCS title game. He’s familiar with the Front Range, and he knows what winning looks like.

Ryan Walters, Illinois defensive coordinator: The Grandview High and CU alum is considered a rising star. Since hanging up the cleats as a Buffs safety, he’s slowly worked his way up the coaching ladder, rising to the level of defensive coordinator at Missouri (2016-20) and Illinois (2021-22). His Illini defense is salty (8.4 points/game this fall). Would he be interested in restoring pride at his alma mater?